can please someone compare me their GBA AGS 101 mod brightness with DS Lite? I've modded my GBA and I'm not truly satisfied with the results. I'm using 40 pin and type B ribbon cable so I do NOT HAVE ACCESS TO TRIMPOD. Adjusting trimpod does nothing. Also if i unsolder the wire, brightness gets only worse so I know I soldered it right. So Im asking someone to compare their modded GBA and post specifications (model 32 or 40 pin and which ribbon cable uses) so I can know is this usual brightess or it can be better.

Pictures shows moded GBA with DSL. First picture is DSL on 2 level of brightness, where you can see that brightness is almost the same, and on other picture is on level 5 so its really noticable how dark actually GBA screen is. 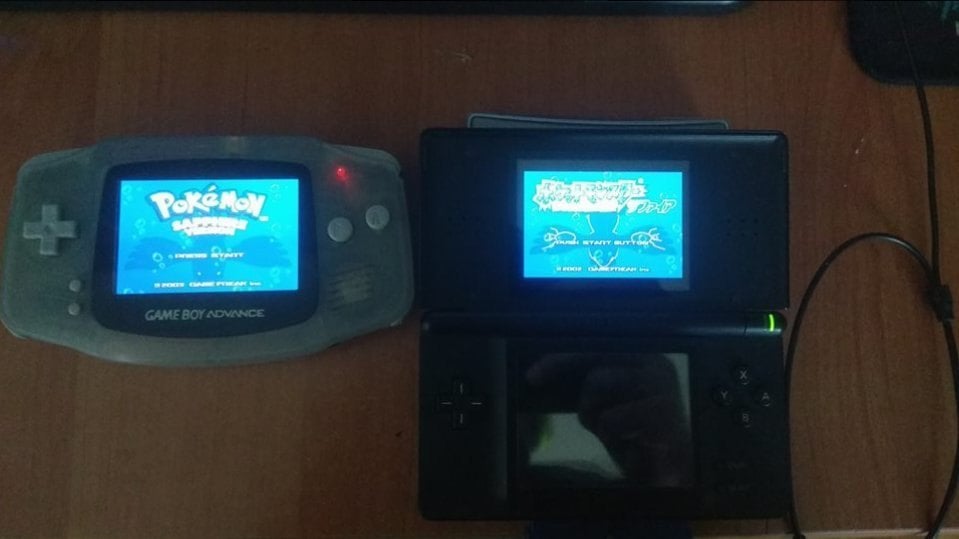 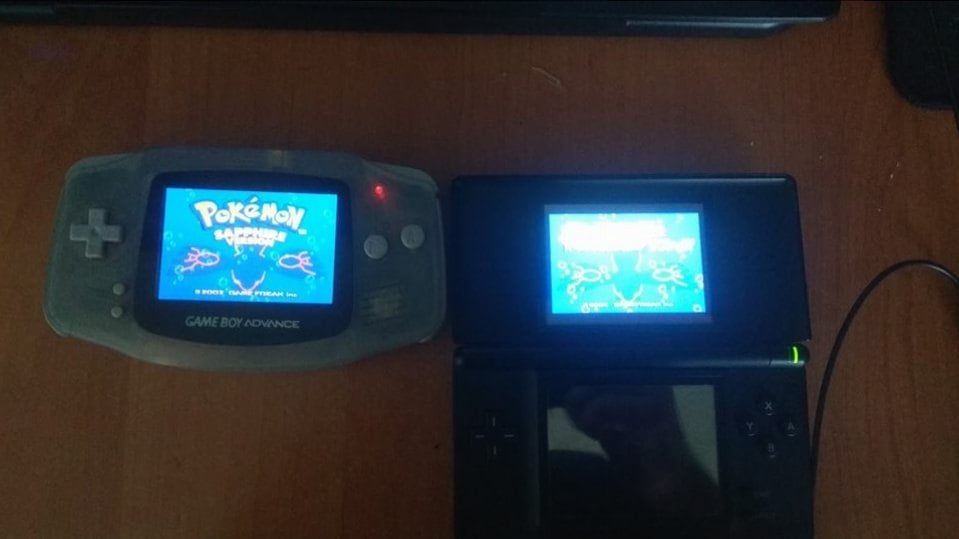 If you want more brightness install a boost converter as simple as that.

What's the boost converter first of all?
S

anyway back to topic. Can anyone compare?

Ok OP, here's the deal. These photos are with a DSLite and an AGS-101 GBA-SP, not an original model GBA modded with a 101 screen.

Also, FYI the DSLite has 4 brightness levels, not 5 as you suggested above.

Also, I think you know already its really hard to take photos that show a difference, especially on high brightness settings, and its much easier to see a difference in person. The photos 2 and 3 here don't really show the comparative difference I could clearly see. So you'll just have to trust me.

The DSLite on Setting #2 was notably brighter than the AGS-101 GBA-SP on its low setting. 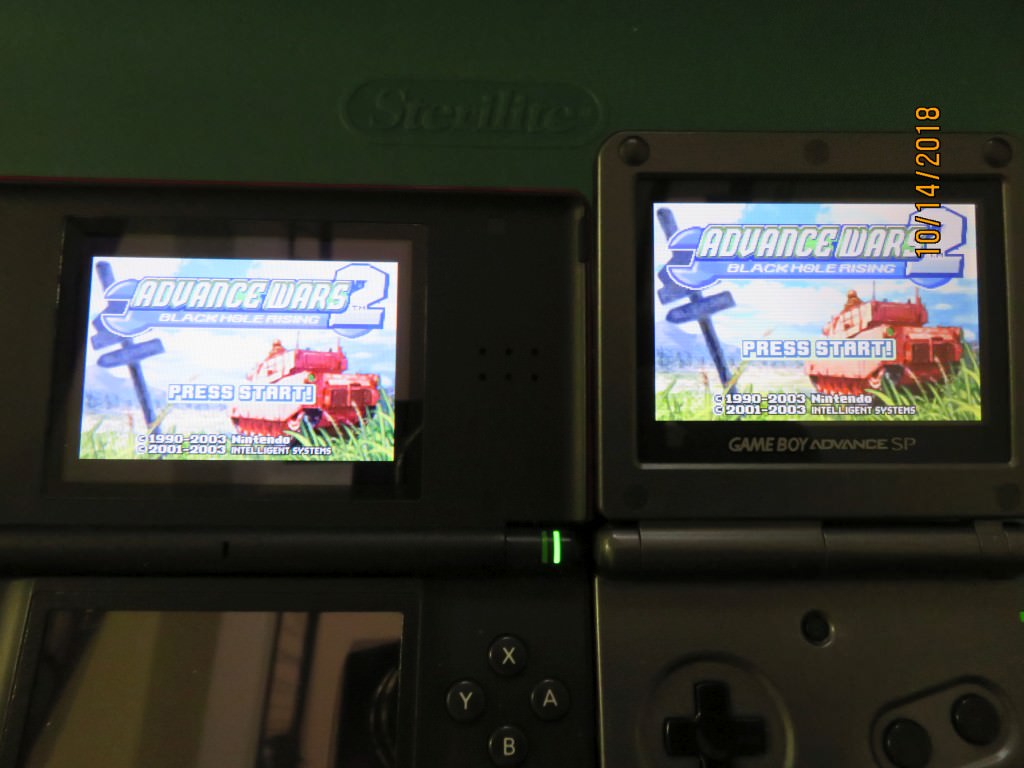 The DSLite on its setting #4 (highest) was slightly brighter than the GBA-SP on its high setting. Just slightly though. 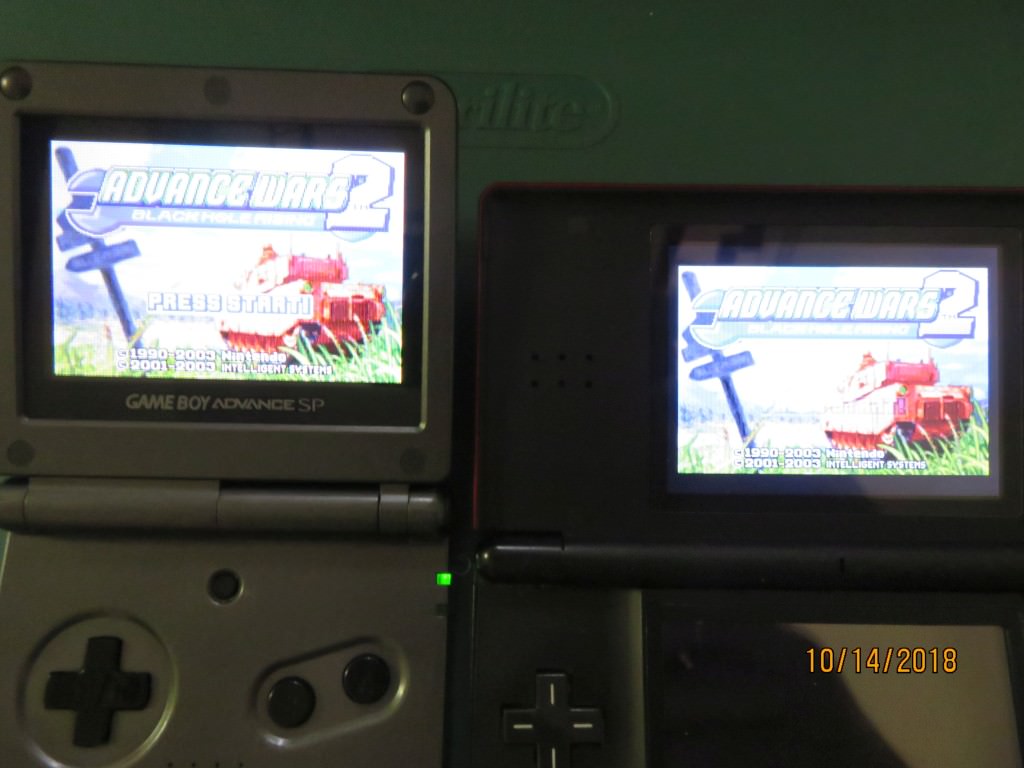 The AGS-101 GBA-SP was slightly brighter on its high setting than the DSLite on setting #3. Doesn't show well in photo, but the difference was obvious in person. 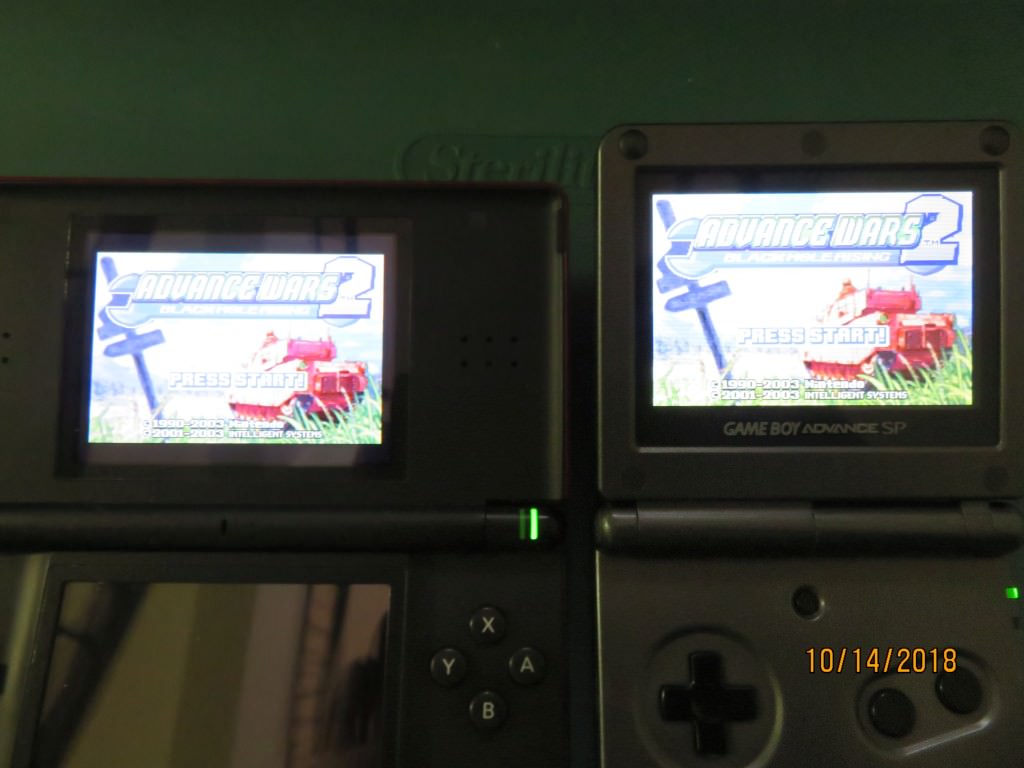 Conclusion:
The brightness level you're getting from that screen seems to correspond more to the AGS-101 'low' setting, not its 'high' setting.

Well seems so, but i can only get even worse brightness by desoldering wire ...

Did anyone had similar problem with its GBA?
S

What is it you want to hear ?
Your screen isnt getting enough power.
There is no way around it.
Either install something to give it more power or thats it.
You can install a ribbon cable made of pure gold, diamond dust and unicorn farts but the AGB GBA can NOT give the 101 screen the 12 volts it needs.

potentiometer can increase screen's brightness by adjusting it, but it only works on type A ribbon cables... Try to make some research before classifieing it
S

There is adjustment which can be made by rotating trimpot on motherboard, but works only on type A ribbon cable. 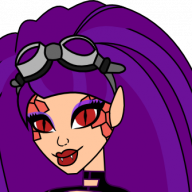 The trimpot works with type B cable too.
For more brithness There are enough Manuals on the Web. Google is the friend