From dcemu:
"Presentation:
Voila, following the death of a starlite, and having no other RTS on DS, I decided to start a command & conquer on DS. Some questions come to mind already, I am on and I will respond in advance to those.

First, the copyright, command & conquer Tiberian Dawn (thus the first) was libèré in June 2007. So I (we) do not face prosecution and we will not be in the illegalité.

Secondo, one such project was started in 2005 was stopped in 2006-2007, did not give further till today. So I will try myself to start something. I have the game, all the tools for ripping sprites, the methodology for resuming under DS, so I will not try?

Regarding develloppement he uses palib, but with the 3D processor, and therefore more performance and possibilities (eg casssant virtually the limit of sprites). (Libnds me asked many questions problem memory management)

If ever there were brave people who want to follow me, the door is completely open, but the releases it is not right away. A game such requires much work and a lot of nerves.

Otherwise, I know that you do pertinement me to know not here, so I will not unduly try to convince you, but here, you may wish good luck ;-)


No image at the moment, but it could happen, and I am working on the engine

History:
-- 20082402 beginning of the project, ripping process defined test via animation
OpenGL
-- 20082502 working with libnds, test passages in memory, cleaning
-- 20082602 too much problem with libnds, reecriture project with palib
-- 20082702 beginning Writing of structure and purpose, study the system and on the A * algorithm
-- 20082802 after writing object, manufacturer, and various animations, demonstration (proof of concept) available (construction of a building pen)

How to play:
It is an RTS, which will be played exclusively stylus. The factions GDI and NOD argue to raise the tiberium, became the first mineral wealth of the earth. Thursday appeared in 1995, created by westwood Studios, and libèré by EA games during a 12-year series."


File can be fount at the two sources. Translated by DCemu not me, can't wait to try this!

Awesome news. Methinks this is the only one I never played.

Great,
sad that starlite ended like it did :/
J

hope this one gets completed

How much time will this one keep until it gets closed down?

The developers said they have looked into the copyright, and they think they cannot be pursued by the law.
Hopefully its true, although I have my doubts :/ 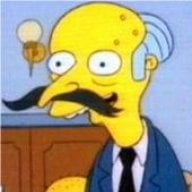 Strange. I just installed this today

I had to get a patch for it to work on XP though. Can't wait until my DS is repaired now

Is it just me or is the French scene all over the NDS?

OT: GREAT! I would lovvee to play that game again on the ds! Hope they find something for the wacky screen dimensions.. 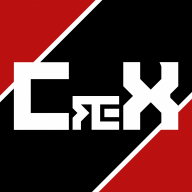 Gonna try it out ASAP.

Sorry to bump a old topic, but what ever happened to this project? 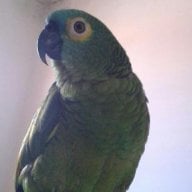 I finally found this thread after 14 years...

Here is a port of Command & Conquers for the Nintendo DS, after such a long wait: https://gbatemp.net/threads/vanilla-conquer-nintendo-dsi-port.603701/