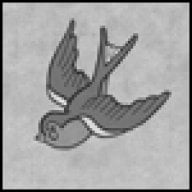 I'm in the midst of making a comic with a few friends.
However, during the storyline process, we've come to a bit of a crossroads, and I figure that the only way to get this matter sorted out, is to get feedback from the general public. HOWEVER, I'm not going to spoil much of our comic at all, so don't be expecting too many secrets revealed...
"The Rot" is a rash, similar to exema, that slowly makes its way up a person's body, and consumes them. It's red at first, but eventually turns dark-blue. We're trying to decide on what "The Rot" does...Here's the options...

Please vote for the best option, or "all of the above".

.ption 1:.
Increases the character's capacity for physical strength, making them into more of a hulking mass of a person. The "Venom" type of character.

.ption 2:.
Shortens the temper of the character, making them easily enraged. Upon being enraged, the character's physical prowess suddenly increases. The "Super Saiyan" aspect, perhaps, but with a darker side to it. As the Rot spreads, the temper shortened, and the Rot is harder to control. The person whom has become enraged may end up harming anyone around him/her, after the Rot becomes too hard to control.

.ption 3:.
The Rot takes over the person whom it's plaguing's mind, and wherever the Rot has infected on their body. "Idle Hands" comes to mind - a movie in which a man's hand is posessed, rots, and he cannot control it. His hand becomes abnormally strong, and he literally cuts it off, but it still lives.

If you vote for "all of the above", you're voting to have each option incorporated into the comic, most likely through three different characters.

Let's get some more votes, people! We need 'em!

@ Guggimon: One of my Epic friends is called Tomato, i asked him how did you came up with tomato?? he said... A moment ago
Chat 6