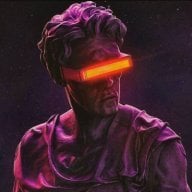 I feel stupid even typing this. I bought a Japanese Wii U game, but I have a North American Wii U so I knew it wouldn't work immediately. I homebrewed the Wii U and changed the region to 119 with the FTP server homebrew thing, and the game got to the title card and then just went to a black screen. Everything still worked, except for for the Japanese game. I thought I could change the game region to Japan to play the game, and just change it back when I wanted to play my NA games again, but now I'm locked out of everything, even the web browser doesn't work so I can't change it back. Prior to doing this, I made a NAND backup, is there anything I can do to fix this or did I accidentally brick my console?

the only other way I know of is to use teensy to reflash the nand.

Thanks, I'm gonna try it and see if it works

B
Wii U Japanese dilemma

S
Homebrew Homebrew app Does anyone know how to make a Wii U system region free with Haxchi?