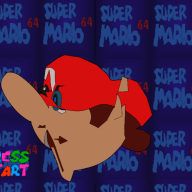 Howdy (I just love asking here at this point),

I was messing around with my console, and I was curious if you could change how a specific game recognizes the console's language. Think of LumaLocale for the 3DS.

It would be interesting to have an option to spoof language, although may be too specific and I don't think the general folk would use it very often.
Last edited by E1ite007, Oct 11, 2021

I've never heard of such a feature, not even in dashlaunch.

I know you can spoof location with at least xm360. the correct location name will be something like en-gb. English Great Britain or something like that. you have to go to the specific location's xbox site to get the four character location name. that's how databases are made for other regions actually.

I don't know if something like this would work in this way, but this is an example of the four character code. this is the Japanese xbox site, so if you wanted to create a database of Japanese dlc or xbla, you'd use this four digit code with the locale option:

I.e: If your Xbox is set to French, when you launch a PAL game, French lang will be displayed because it's the default language, depending on the region, PAL releases has many other languages (both in audio and in text) but not NTSC. For example if you try to launch a NTSC game, it would display in English regardless if you had French as the default language or not, because the English is the only language on the disc/or GOD digital version you're using.

How to change my modded Wii U language and region