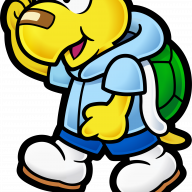 So I've dumped all of the neccessary data to play online on Cemu from my Wii U yesterday but forgot to dump the Mii Maker savedata, because I was to lazy to power on the Wii U again to dump the save I decided to just create a new Mii in the Mii Maker app I did dump anyway. When launching Mii Maker I was presented by an ErrEula 199-9999 pop-up and Mii Maker did not load past that first fade-in animation. After some research online I found that other people have had this issue too and that it can be fixed by dumping the Mii Maker save from the Wii U, so I did that (because now I had to) but I still get that pop-up.

Does anyone have an idea on how to fix this?
Solution
Update:
After installing and running the friend list app Mii Maker no longer shows EulaErr 199-9999 and it works perfectly fine. I don't know how or why.
Sort by date Sort by votes

Update:
After installing and running the friend list app Mii Maker no longer shows EulaErr 199-9999 and it works perfectly fine. I don't know how or why.
Upvote 0 Downvote
Solution