that I don't know. ftpii u everywhere may be your only hope. the problem is the system.xml. it's still redirecting to the exploited game, but now it's running haxchi which has the homebrew enabled by default. I think that's the problem. there's a second file called syshax.xml. I think what you'd want to do is to delete the system.xml, then rename syshax.xml to system.xml. not entirely sure if that will work though, but it may be your only shot. they're in the config folder iirc, which is on the root of the slc partition: 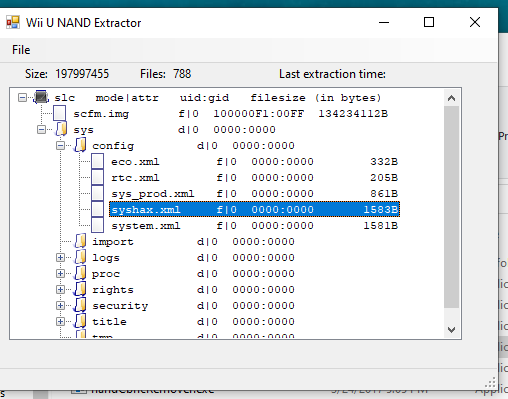 Finally Tested This Myself (CBHC)

@ ChrisOwl: Thank you linuxares! Funny, my sxos/emunand/ folder have nothing there lol, I will try to follow... 4 minutes ago
Chat 3