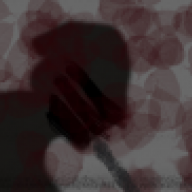 Hello all. Been messing around with RoNC on PC for a couple of months trying to enable any sort of CPU vs CPU in the newest tsubasa game. Realizing that I'm no where near good enough to be disassembling game executables and what-not, so I'm wondering if itd be possible to mod to switch version of the game either eith a modification to the game files or via a cheat to enable CPU vs CPU.

The game just recently got an update that allows you to switch between matching with online players or CPU, so I'm gonna see if that's a route I can go down with cheat engine on PC, but I'm wondering if anyones got any experience with finding cheats like this or making mods for it on the switch version?

If not, so be it, but I do know someone whod be willing to pay a small amount (probably like $50) if they can find someone who can figure it out, so if the only incentive for you to look is money, I promise if you figure it out there'll be something in it for you.

Have not seen this running/menus selecting so going with the general approach for now.

Such things can be relatively easy, or you can find the code can't handle it (built only for one AI at a time rather than just a routine any AI can call) and you get to mod many things.

Simple one to start with. Do you have multiple controllers and find yourself able to select a CPU for the remaining character(s)? If you can figure out the "is CPU" flag in memory somewhere (might be available at the menu where you can turn it on and off to do the basic cheat search routine for something differing and something staying the same https://web.archive.org/web/20080309104350/http://etk.scener.org/?op=tutorial , might need to go into a match and exit out) you can possibly force it on and have the CPU take over.
Alternatively if this is a game with more than two fighters you can almost disable the player aspect and leave the CPUs to go at it. This can be done much as above by enabling or disabling players or via simply reducing your health to zero such that the CPUs are the only ones remaining.

If it is like the former then it is only just a limitation of menus that prevents it from being selected (for some reason devs things a mode like this is not wanted), similar to how play as any character cheats often find it just being the menu not giving the option. To that end you might not need to redirect things in assembly for the player to use the CPU fighting routines (a hard hack) but instead just stop the menu from disabling CPU selected if CPU is already selected on another, and that might even be doable from the cheat thing above (find where the menu keeps the "is CPU" flag and chances are the other aspect of the menu will look at that when you select CPU mode - set a break on read for that flag and try to change the CPU/player thing).
Reactions: shorty_bobert and Sorox

So yeah, that was my original direction was trying to disassemble the PC versions game executable, and I got decently far, even as far as finding the flag for Opponent CPU level and possibly a toggle before it was officially released, but I couldn't translate that into anything concrete and I know next to nothing about assembly as a language, so I ended up giving up. Now that the game has a way to toggle between the 2 in-menu I thought it might be something a little simpler to figure out, but I uninstalled the game a long while back and haven't had a chance to work on it since the update.

even if it's simpler and I end up being able to use sx-os cheat finder or Cheat engine (For the PC version) to mess with the toggle for the opponent CPU, I still can't seem to figure out if there's a way to find it for player 1. As far as my own research has shown me, no ones really been able to find out for sure if there are even settings for CPu for the player character, and even if there was, there's still no guarantee that Player 1 and Player 2 settings are located in the same memory region. That's why I was hoping to get an experts opinion or see if anyone had the game and felt like messing around with it.

Gaming My Captain Tsubasa Rise of New Champions save is corrupted

Homebrew Just got CFW Atmosphere, I can only play some of my OFW games others are not listed. What do I do?

@ Julie_Pilgrim: https://www.youtube.com/watch?v=uJihqk7XIXY bruh that producer tag caught me so off-guard 24 minutes ago
Chat 1