Hi all, I'm not sure if this belongs specifically on this subforum of GBA discussion, so apologies if I did it wrong.

I want to dump saves from two GBA games, Super Mario Advance and Zelda LttP Four Swords. Both are US bought copies from my younger days, and I want to preserve the save data. I have a Joey JoeBag Mini which I have used to successfully dump Game Boy Camera saves in the past. I'm starting with Mario Advance, and I'm having a lot of trouble. I used the joey software to read the header, and the save format was listed as SRAM, but the size was given as 2048 (no units) and so I don't know if it's the 32 or the 64 kb option (honestly neither makes sense if the size is 2048, as no operation of 8 applied to 32 or 64 and 2048 results in one becoming the other). I tried both and then launched mGBA with the ROM I dumped and the saves I dumped, and neither one worked. Instead, mGBA created its own save file that was 512 bytes, which would match the 2048 of the header reader in that it would be 2048 bits. That said, I don't see any option for such a small dump to be able to be made in the joey software. Is there some other option I need? Is this actually a problem of the emulator that I need to adjust? I heard that mGBA had both netplay functionality and dolphin compatibility, so that's why I was interested in it. If that isn't true, then what emulator should I use instead for those? Thanks for reading and appreciate all replies.
C

Problem solved. I could not get it to work with mGBA. I switched to using VBAm instead. The eeprom dumps then started working, but the resulting data dump was corrupted. Not sure why, joey has worked well for me before.

I solved it by switching to my DS. Ran GBA Backup Tool on my DS, and it effortlessly found and dumped my save. Verified on emulator to be working.

tl;dr If you find my thread, get a DS, get a flash cart, and get GBA Backup Tool. It works great! 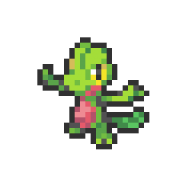 had that issue with mgba too actually. Dont know why

Nintendo DS Aug 2, 2021
Nix_Lon
N
S
Hacking Should I get a GBA x5 or a EZ Flash Omega ‘Definitive Edition’?