Hacking Can you Inject WBFS into Wiiware WADS 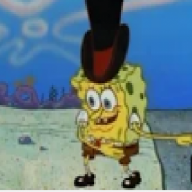 I seen that you can inject nes roms into nes wii wads and make your own "wii channel". Can the same be done with a wbfs/iso into WiiWare? And if so can somebody tell me what programs/files i should use

PheonixMMKC777 said:
I seen that you can inject nes roms into nes wii wads and make your own "wii channel". Can the same be done with a wbfs/iso into WiiWare? And if so can somebody tell me what programs/files i should use
Click to expand...

WBFS games are often larger than the Wii's internal memory capacity, you'd be better off with WiiGSC.
Last edited by banjo2, Jul 12, 2020

Actually there are some games that do fit in the wii's nand. The only game that i can think of the top of my head is wii play.

Yeah i was trying to get a mario sports mix mod, but a shortcut sounds like what i need @banjo2. Would it be the same as how fceugx/wiiflow etc. channels load it from the SD

You can inject roms deppending on a few things. WBFS are usually way to big on file size for that.

Any suggestions on what Loader I should use, or does it matter much. Also because its a Mod im getting Error "Cant Decide Disc ID from given filename" Do i need to have the Original name, or does this not matter, Because if i select the ISO version of the Mod i dont get this error. Also if i did choose ISO would then people who play the mod need the ISO
Last edited by PheonixMMKC777, Jul 12, 2020

Ultimate USB Loader GX is the one I've been using for more than 8 years. If you gonna use a small flash drive to load a few games instead of a HDD, Gecko OS would do the job.
Last edited by LeyendaV, Jul 12, 2020, Reason: Added URLs

I mean loader as in loader option under loader in wiigsc, has a few options

I am also confused about having to pick a channel, as it takes away my option of choosing USBLoaderGX/WiiFlow as the loader option and forces me to use the triiforce loaders

Why on earth would you do that vs running the same game from USB Loader GX? You that a badly-formed WAD file can brick your Wii? Even shoving a small game into NAND or even EmuNAND makes little sense. There's a reason everyone else for the past decade has done it the other way.

Im trying to make a forwarder/channel for a mod im making, versus going to homebrew -> usbloader -> Modded Game

PheonixMMKC777 said:
Im trying to make a forwarder/channel for a mod im making, versus going to homebrew -> usbloader -> Modded Game
Click to expand...

Well im almost done, last thing i need is the channel to boot to the game, right now it just boots to USBLoaderGx. Im using CustomizeMii, any idea on how to make it boot to the game? I want it to be like click channel -> usbloader init -> game start

Also thanks for your suggestions on other ways to do this, but i want it done through the channel ive created (as to get more hype for the Mod)

ok i tried using the CustomizeMii to make the channel and WiiGSC to forward it to the mod through USBLoaderGx, but it when it got to USBLoaderGX it just sends me back to the wii menu.Does anybody know how to do this/Any good ideas?

Any Help is Amazingly appreciated

Should i pick New Dol and load the 1st Wad, because i think tha dol is what points the wii to the game

Got it Figured out, Thanks everybody

What i did for anyone curious...
got 2 wads
Wad A is Mario Sports Mix Forwarder Wad
Wad B is static theme wad

Used WiiGSC To make a Forwarder to MArio Sports Mix through USBLoaderGx (this is Wad A)
Created Wad B, and have it load Wad A's .dol File so that it would boot to the game through my custom channel
Last edited by PheonixMMKC777, Jul 14, 2020

If you want to load mods for Wii disc games, use Riivolution.
Reactions: Laychu

FancyNintendoGamer567 said:
If you want to load mods for Wii disc games, use Riivolution.
Click to expand...

I built a standalone ISO, thats what the channel forwards to via USBLoaderGx

Hacking Can you inject DOL into a WiiWare WAD?

@ ShadF0x: Pretty sure that is not a thing yet 21 minutes ago
Chat 1