ROM Hack Can you help me translate Tales of Innocence

I'd love to translate Tales of Innocence, but I have no idea about Hex Editing. My friend can understand Japanese, so if you need any help translating, he's your man. 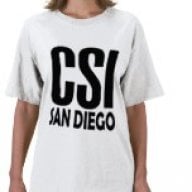 I would help, but this game does not seem like an easy game to translate. 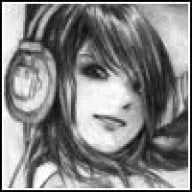 QUOTE said:
The only prblm is that my windhex does not read unicode or any japanese characters
Click to expand...

why not extracting it's file system using nitro explorer and check it one by one, surely it's a lot easier ratehr than opening the whole NDS file on winhex

You should really go to romhacking.net and read some of the beginner faqs, from the sounds of it you dont know very much about rom hacking at all, relative searching only works effectively on english characters or numbers, most japanese games use standard sjis for table files so that might help finding some text.

If you haven't worked it out by now the game uses sjis and a fiar bit of the text/script is located in the arm9 binary, theres a big list of stuff starting at 83F84 in the arm9 binary. if you want the sjis table file just ask and i'll upload it somewhere for ya.

yeah great new and thanks you guys!!!

i can't wait the patch, my friend and me spend 20 hour on this game in 1 week and, i wait until the next holiday to finish the game with him.
We design the dungeon map on a paper and upload it on gamefaq when we finish the game

QUOTE(psycoblaster @ Jan 27 2008 said:
Well, you know a japanese letter is 2 times larger than a US letter, so for for every letter, you can use 2 American letter.
Click to expand...

Have you checked in game that the lower ascii charset is really mapped in game ? A lot of game use the sjis mirroring of the A-Za-z glyphs to implement them, and thus, they do not read strings one byte at a time and check the first half-byte to see if it needs an additional byte ( the proper decyphering method to read sjis, or by extension utf-8), and instead they read it two bytes at a time and use a simple array mapping between some shorts and glyphs.
For some game, it's even funnier. In JUS the lower ascii charset was not mapped, but the game font file format was well thought and there was room to add it.

Another thing, is that doubling the number of characters is likely to freeze the game at some point, for example if the game uses one sprite for each letter in the displayed text, it can use at most 128 letters, if some other part of the graphics is also using the sprite engine, it can use even less. Now you have an issue when the game assumes that the total number of sprites needed by the text is under a certain limit, and it uses the rest for some graphics. When you change the text, it breaks the assumption and the game is again likely to crash...

About text is the arm9 binary, I strongly point you at IDA pro, which is a very good disassembler, really helpful to make your way trough such game. Instructions are available on my website : http://deufeufeu.free.fr/wiki/index.php?ti...ineering_DS_ROM

hacking a rpg is not the easiest thing to do if you have no clues about the whole process of rom hacking. you might be better off starting a translation of a smaller game and then jump back to toi.
the arm9 binary is the main game code and some strings is hard coded into it apparently as Normatt said. story text is very unlikely to be there, but for smaller part like the menu it's possible. Then if you modify blindly the arm9 it will break the game, so it's not as straightforward as hex editing.
Also the fact that your search of sjis text is not giving any results is perhaps because the game uses two table of encodings or that the text is compressed in lzss. Then again, it's a bit too difficult to start directly on this . I'm not saying that you can't do it, but it will be easier to start with an easier game and build up some romhacking skills. Translate for example a little puzzle game.