Hardware Can this ps3 slim be fixed? 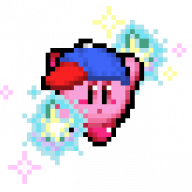 So about a year ago my dad got a ps3 slim sent to him by one of his friends, they said it was broken and that they were sending it incase we could fix it, but uh.. i have no idea how to do that
I think the hdd is just.. gone, it's really dusty and the only thing outside of that is the hdd thing, here's what the spot where (i think) the hdd should be in looks like (sorry for being a bit ignorant, i have 0 experience in sony)

Anyone here know any way i could get this to boot up atleast? maybe even homebrew it? right now, trying to boot it up has my tv detect an hdmi signal, but it doesn't display anything, turning off and back on makes the tv not even detect it anymore, thank you in advance!

Edit: Forgot to add, the first time we tried booting it up, (about a year ago) the menu flashed on my tv for a second and instantly went away, we haven't been able to replicate it
Last edited by Kris_CL, May 14, 2021

well from the looks of it. its a super silm. if you are trying to get a single from the HDMI port then most likley the HDMI port is broken. try a Component AV Cable instead. if you can get one for cheap.

my super silm PS3 didnt have a harddrive too. so its normal.
Reactions: Kris_CL and godreborn

yep, it's normal with the 12GB ones at least. they don't come with an hdd caddie either.

btw, you can reset the video mode by holding down the power button 'til you hear one beep, then the second beep, and release. it's similar to how to get into the recovery menu, but you don't have the system shut off.
Last edited by godreborn, May 14, 2021
Reactions: Kris_CL

N
Hardware PS3 Super Slim Turns itself off, I need your help guys! Before I go crazy...

@ Ophelia_Later: why do you say that i mean selever helped me once but that's not enough to go off of A moment ago
Chat 3