Can the British plug be used in U.S.?

By that, change the U.S. plug to a British one?

The British plug is one of the safest in the world so I thought I'd ask if this is actually possible. I'm already aware of the voltage issue, but as explained the electronics/cables won't be 230v (rather 110v).

In some European countries, people actually use the British plug for these reasons and also in Cyprus (located in the Middle East, but its population is mostly European) uses the British and Mainland European plug. Plus, the Australian plug was based off the British plug as it just looks like a "thinner" version.

I have plans despite the Corona.

if the device will accept the new voltage, sure, just a little plug adaptor or even cut off the old plug and connect a new one.
the uk plug design is safe, sure - but at the end of the days it's just electricity, chop the plug off and get the 2 wires (plus ground if you want) to where you want them to go!

I guess you are asking for a more permanent solution, rather than using a travel adaptor?
(Then why not replace the plug?)
Last edited by cearp, Aug 24, 2020
Reactions: Deleted User

I Moved to USA 8 years ago ..bringing some stuff with me .... some plugs will work with adapters & some wont its a bit hit and miss
Reactions: Deleted User

As mentioned above it is electricity in the end so something will power if done properly. Properly is the tricky bit though.

Fuses might not work -- power = current multiplied by voltage (we will skip the full AC what is power factor bit as it is still that in the end). Excess power pops a fuse. If the voltage is half the rated one then you get half the power and fuses in turn will not go pop. You might be able to do some kind of half rating or beef up an American fuse (which will not be in the standard form factors) but... yeah.
By similar token if for some reason you are using a socket with a neon lamp in it (mostly for things like kitchen gear and shower switches but there are still a few out there with lit up switches on sockets) then it might be troubled. I am also assuming you are not going to be using triac based dimmer switches as those will have fun cut off voltages and do odd things under 120VAC, if you are super flush and going for autotransformer/basically a variac then they will still do something. The current fad for USB sockets and wireless signal booster sockets can also be troubled (doubt any are dual voltage rated, and you probably don't want to be messing around with transformers inside the things).
Fuses are mainly about protecting the circuit and not you so you could dodge that, speaking of protecting you...

There is such a thing as a three pin socket in the US, however traditionally there were two and you could plug it in either way around (the thing about AC means that it will be going one way or the other in this case 60 times a second*). The two pin form is however still incredibly common and while technically there is a standard... I can't even begin to count how many I saw wired inversely over the years when there. To that end when replacing sockets do be sure you put the live in the live pin, and you may have to invent an earth.
Oh yeah and while there are various flavours of interrupter they are different in some ways, can still achieve something like the UK style protection where basically anything anybody will meet these days**. They also use radials but meh -- while rings are still technically installed in a lot of places I can't even begin to count the number of breaks in them when pulling apart houses in the UK and many these days go straight for the radials anyway.

Another thing to note is while I would happily put a properly rated bit of UK kit ahead of anything else for single phase use (the lack of domestic three phase is quite annoying for me), save standing on it at night for which it is ahead of Lego and only marginally behind board with a nail in it, it is still not US code. To that end your insurance, building inspections and the like might be troubled and if the house burns down and they see that then... it might not have been the fault of it but you can assume you will be fighting that and insurance will do all they can to wipe their hands of it ("we fight the case in our best interest" being the motto of insurance companies, even if that is not the literal translation of uberrimae fidei).

*The UK is 50Hz which is actually more demanding (see duty cycle if you are bored there, mostly just means US stuff only rated for 60Hz can be troubled even if rated for the voltage and a few things that use the AC pulse as a timer).

**my brother went to a house viewing a while back for an old hoarder's house. Still had an exposed knife switch above the bedroom door that the clueless estate agent was fumbling with.
Reactions: Scott_pilgrim and Megadriver94 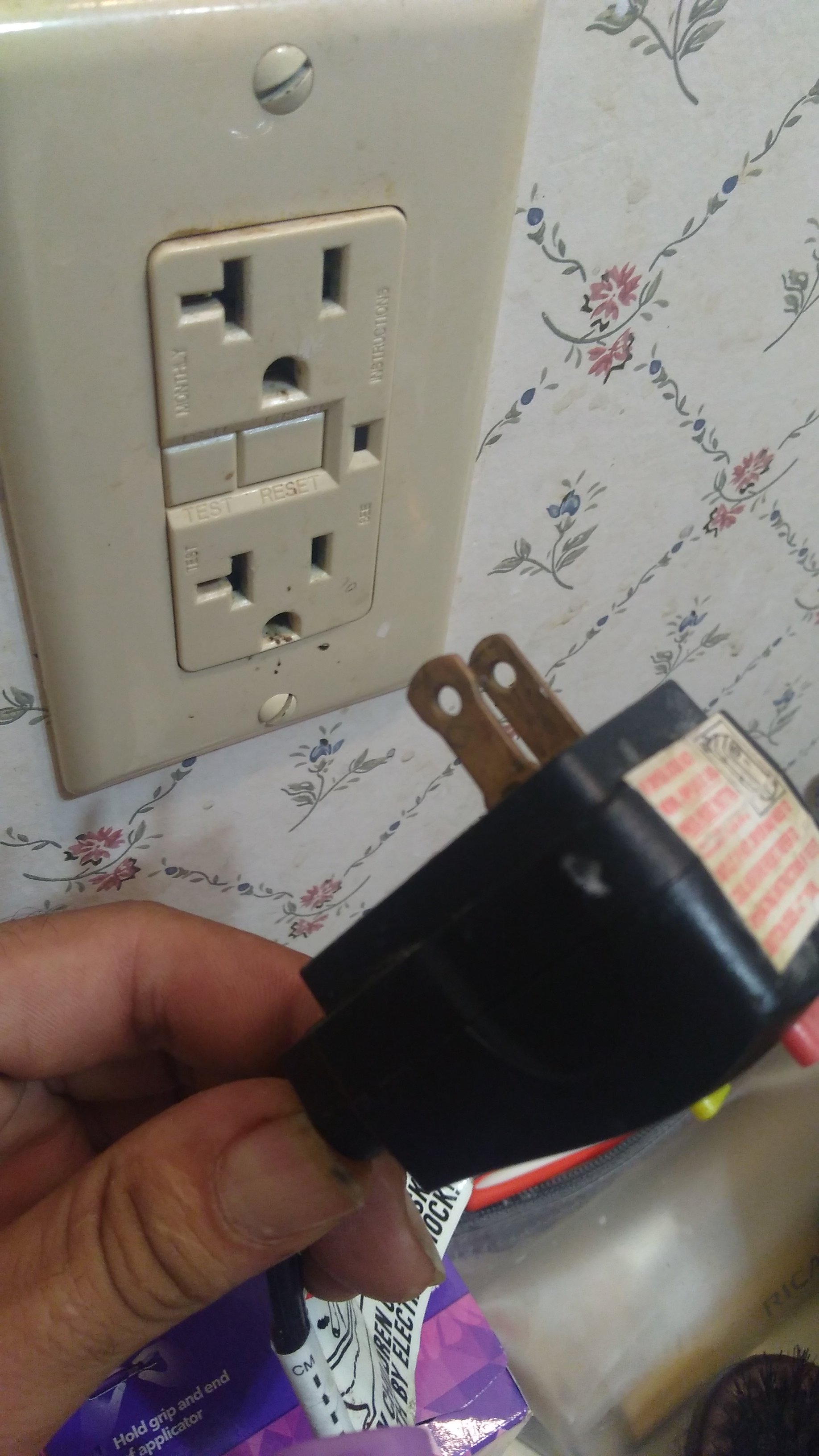 Most modern electronics work on 100 to 240v, both 50/60hz, so most chargers and switching psu should work with a converter plug
Last edited by aadz93, Sep 8, 2020
Reactions: Scott_pilgrim

What do you actually mean?
When I read your post I understood you want to "change both the sockets in your home and the plugs in your American devices to British style plugs because you like them more" (kind off).
(yes you can, good luck with your weird hobby)

But I see everybody else got a different idea.
Do you mean you just want to force a British appliance's plug into an American socket without using a plug adapter?
(no you can't... but well, I guess you "could" force it so much that you break the plug terminals into the socket, that might work)

On your device it Should have the power requirements printed, if it says
input: 100-250v 50/60hz, then you can just use an adapter plug, if not then it's not compatible
D

sarkwalvein said:
When I read your post I understood you want to "change both the sockets in your home
Click to expand...

But you are right, it would be too much hassle. I did switch most of all Mainland European plugs to British plugs for my parents in Portugal. It's the same voltage, but using the U.K. plug is safer at the end of the day (there won't be any electrical shocks like it happened with the EUR plug on one of the cables - I unplugged it, cut off the plug and replaced it).

I'm just looking at my possibilities before determining what to do, here and there.

tempBOT: torpedo_XL has left the room. A moment ago
Chat 1