Hacking Can I delete an Haxchi title (no CBHC) safely ? 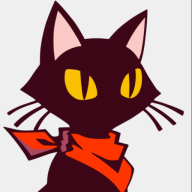 Hey,
It's a dumb question but I can't find a proper answer online.. I recently followed this tutorial to create forwarders using Haxchi. I manage to create some with success but of course my first few tries were a failure. Now I would like to remove / uninstall these Haxchi forwarders that were failures but with all the risk of brick and messing with CBHC and Haxchi, can I remove them safely ?

Just to be clear, these are modified Haxchi files with no link whatsoever with CBHC (it is not my CBHC title neither). I also would love to know if there is a proper way to uninstall them or if I can just go through my Wii U Data Management Settings and remove them from there.

Sure, it is in fact the correct way to remove it

Thanks a lot, I'm sure this has been answered before but as I didn't found anything, I wanted to be cautious

You have to remember that CBHC is the combination of 2 mods:
- the DS game (a WiiU program which happens to be an emulator + rom) is replaced with an exploit for that emulator: while there are differences with Haxchi (menu instead of holding buttons), it does not matter
- the default title is changed from "Wii U Menu" to that thing

Those 2 actions are in fact 100% independent (even though, of course, it is stupid to only do 2)

Once that "regular application" title is out of the boot sequence (which in your case never was forced into), it is just fine to remove (just like you were never required to install it )

I see, it is much more clearer to determine what is riskier to touch (and could mess with the boot sequence) and what doesn't. With that information in head, I feel more reliefed about what I can safely manipulate in my Wii U.

Thanks for the quick explanation