Hardware Can I backup a PS3 and a PS4 to the same external HDD? 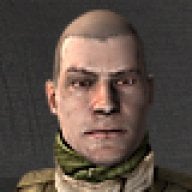 To do this of course I can backup to an external USB HDD.

I'd like to know if I can use the same external HDD without losing the data to the first console?

For example, backup the PS3 to USB HDD, then stick the same HDD into the PS4 and back that up as well. So in the end, both the PS3 and PS4 data are on the same USB HDD, at the same time?

So when I get a PS4 Pro, I can put the HDD from that into the PS3, and put the SSHD into the PS4 Pro.

I hope that makes sense.

Ahh, so I'd have to backup the backup as it were, to my PC first.

With some juggling of data, I think I could just about do that.

Thanks for the info.

B
Can PS4 Games be played from a HDD

Can I clone external PS4 hhd?