OP
My kids' console is running AMS 0.14.1/fw 10.1.0 and he's dying to play some games with his cousin over local wireless play who owns an unhacked console running official FW.

Are there any issues with a hacked console playing local wireless with an unhacked console?
Let's assume the official FW is also 10.1.0 and the game versions are identical.

yes you can
Reactions: Deleted User

There are no issues, unless you have cheats or sys modules that get in the way.

jesterscourt said:
I was under the impression some games (like Animal Crossing) would not allow this
Click to expand...

The last I'd heard on the topic was that a linked account is required, but I can't confirm this myself (I play AC on OFW). 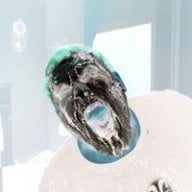 Works fine. I play it all the time with my son, and he is on an unmodified system. I even use his switch to update my game with the update sharing feature built into the switch
Reactions: Deleted User

GBAtemp Exclusive The 3 most promising console hacks of 2020