Ok I am running

Thanks for any feedback

comaX said:
EDIT2 : reinstalled ios249 as base 57, it works ! but i haven't tried another game to check if they still work...
Click to expand... 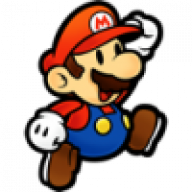 Dude help me out here? What exactly did you do?
I just installed the same but I chose 249 on the first screen then I chose base 57 then I again chose 249 on the final screen then let it install
I got passed the loading screen but w/e I try going into multiplayer or zombies i just get a black screen T__________T
Last edited by KingMuk, Dec 24, 2018

I am using wiiflow R31 I setup cod BO with IOS on 249 IOS reload block 002 on and it worked first time, all other times were either loading screen freeze after a few dots or endless loading

Works for me on IOS250 through USB Loader GX.

But for some reason Multiplayer keeps freezing on me, I've tried three times now. Do I need to install a certain IOS or something to get it past this problem?
W

and ran the game using ios 250 in global options and game plays / load fine. I have not tested multi yet thou
X

comaX said:
You're right, i was about to edit...

Anything i should add ?

same problem here on usb loader. it shows 0.00gb as the game size.
any solution for this?
D

Melee85 said:
Works for me on IOS250 through USB Loader GX.

But for some reason Multiplayer keeps freezing on me, I've tried three times now. Do I need to install a certain IOS or something to get it past this problem?
Click to expand...

did you change any configuration on usb loader gx or on the wii backup manager?
usb loader gx keeps showing 0.00gb as game size.

yeh I played 2 zombie matches, although at the end I lost conenction dont think it was my end
W

I'm able to connect to Zombies, already played a few rounds. But on Reg. Multiplayer, when I go to connect, it just says "please wait. . " any idea why?
D

wiiplayer2009 said:
I got it to connect to a multi player game after a few tries it connected same with the Zombie I played a few rounds
Click to expand...

I've been doing a bit of looking around and I've heard a few things.

There's apparently a fix for people who can't connect to matches on their first profile. Just create a second profile, connect to a match with that, quit the match, then go back into the first profile and connect with that.

But then there's people like me who are still unable to connect at all, even trying this fix method. Closest I got was joining one free-for-all match where I got to the bit where it was loading up the map, but then I got an error saying it couldn't connect to the server and dumped me back to the lobby screen. But 90% of the time the game is just freezing while attempting to find a game to join. When it freezes it loops the same three seconds of background music that's playing at the moment the crashing occurs. Anyone else been getting this at all?

According to someone on GameFAQs there's server problems with the Wii version, but I don't know if this is true and has any bearing on my problems I'm having. This is about all I know, if anyone knows anything that would help, that'd be great.

If it's necessary to know, I connect via third party LAN adapter. It works with every other WiFi game I have including MW Reflex and GoldenEye. I might just try wireless WiFi and see if that works, but I've loaded the game about 15 times now so I'm gonna try it later.
Q

sonknuck23 said:
I'm able to connect to Zombies, already played a few rounds. But on Reg. Multiplayer, when I go to connect, it just says "please wait. . " any idea why?
Click to expand...

I had the same problem, but found a solution. First off you have to make a second profile. Then go to multiplayer there you select the profile you won't be using, let it try to connect to nintendo wi-fi connection. Hit b to cancel it, then without leaving just go down to profile and select the profile you want to use. Now go back on nintendo wi-fi connection, now it will connect. Took me an 1 hour to figger this out.

I'm still trying to find a way to get past the "Loading..." screen. It doesn't freeze, but continues to do the loading animation. I'm using CFG USB Loader on 4.2U, and I've tried running with Hermes' 222 and 223, 249, and 250. All do the same thing, which is looping the loading screen. I'd really like to play, as the PC version is horrible with the framerate and connection issues that Treyarch is supposedly working on fixing.
D

I can confirm that if you use the 2nd profile fix, you can join a Multiplayer Game using NeoGamma. 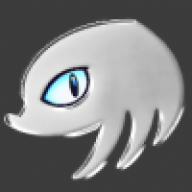 But do we have a fix for the game not even getting past the initial "Loading..." screen?

Taellon said:
But do we have a fix for the game not even getting past the initial "Loading..." screen?
Click to expand...

Someone please tell me there's a fix for disc backup loading of this game.