QUOTE said:
We don't know if Call of Duty 7 is going to come to Wii, but with Treyarch handling development this time around, I have a good feeling that we'll see some support. It seems that Treyarch is more open to supporting the Wii with CoD titles than Infinity Ward is. With that said, let's take a look at the latest roundup of rumored details.

- called CoD: Black Ops
- due out November
- missions from recent conflicts
- one mission as an SAS operative
- expect missions from WWII up to present day
- missions taking place in Cuba, South America and others
- one SAS mission involves Iranian embassy in London during the 1980s
- includes missions from the Vietnam War
Click to expand...

I preferred World At War to Modern Warfare 2. MW2 was a rush job to me.

I will never buy another Call of Duty game again.

Plus this will be the last FPS for now, won't it... 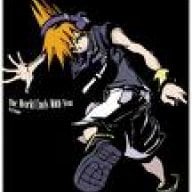 Cod WaW was such a great game, day one purchase for me. 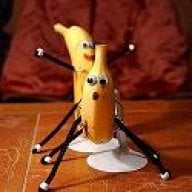 It's nice to see something spanning more than one era. It looks like it'd provide a great diversity in weapons and locations. Being able to fight a game in the trenches of WWII and then another game in modern day Middle East is very appealing.

I'm looking forward to it, especially now with a 360 at my disposal.

Ugh... This franchise has gone on long enough... I won't even bother.

ZeroTm said:
Cod WaW was such a great game, day one purchase for me.
Click to expand...

It was terrible compared to the original Modern Warfare (CoD4).

Sounds like a PS3 exclusive, how else will you fit all those missions in the game.

I hope this one has zombies or a similar game in some form.

And by now you should of all realized that anything Treyarch branded (Other than Quantum of Solace) will be shit, i'll take a pass on this one.

What type of Vietnam missions do you think it will show, I'm pretty sure they aren't going to show full reality of what happened as it was one of the worst wars fought, they wont be able to show the truth about things such as Operations like the one codenamed Black Shield ( I'm not 100% sure on the name ) ect as well as this may be offensive to many people even though it happened in real life. Shame though, the Vietnam parts if based on truth could be really interesting.

Oh no... treyarch if you fuck up the sounds again then im going to shoot their sound team! Seriously the sounds in WAW is horrible beyond beleif.
O

Bleh. I hate CoD ever since the 4th came out. It's always the same. World War this, World War that, war in Iraq, war in Vietnam, etc. 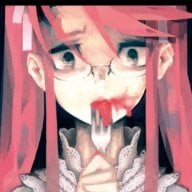 @ kenenthk: This ticket is a good front row seat to top selling artist go fuck yourself I don't care about... 23 minutes ago
Chat 1