I have a flashed Xbox 360 that can play burned games. I have successfully burned some Xbox 360 games and they have worked in my console. My question is, is it possible to burn compatible original Xbox games and play them on my Xbox 360? Will I have to burn them in a DVD-R-DL or DVD-R?

dual-layer from what I remember. I think mulleter can convert the game. xdvd mulleter. however, it's been at least 12 years since I burned an xbox original game.
E

godreborn said:
dual-layer from what I remember. I think mulleter can convert the game. xdvd mulleter. however, it's been at least 12 years since I burned an xbox original game.
Click to expand...

Thanks for your reply. Is DVD-R possible? As currently I had some blank DVD-R discs. 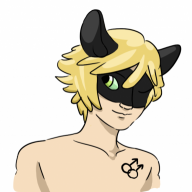 I'm unsure if the LT+ firmwares support it.

I don't know for sure if it's changed, but when I was burning discs, it had to be a dual layer disc. that was before even xgd3s. 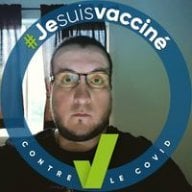 Hello, in fact it is a lot trickier. Xbox original games need to be burned on dual layer discs to be played after on the Xbox 360, however, the Xbox 360 also requires almost a bit perfect copy of original xbox games, which is not what we find on the web for these games & backups, otherwise, those burned discs will be rejected by the xbox 360.

XDVDMulleter won't be able to help, unless you can find specific PFI, DMI and SS (patch) files for your game, and optionally layout files, to replicate as much as possible the original game disc. For the majority of games, those files can't be found on the web.

It is much easier to just buy the games, or lot cheaper/simpler to use a modded xbox, or an RGH/Jtag Xbox 360.

Hacking how to easily check if an xbox 360 E has RGH installed?

@ The Real Jdbye: what is an "illustrated address" 45 minutes ago
Chat 0