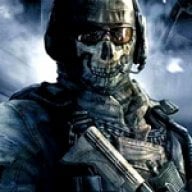 Ok guys it has been a long time since I have messed with the wii and just to show you how long the last thing I did to my kids wii's was installed the original wiikey chip. They both have a wii and when I try to go to the wii settings it comes up with the page opera help or opera online support desk. I am not positive which firmware the consoles have as I cannot access the settings but I believe they are 4.2. I have tried several methods to fix this problem with no luck. I tried using the gamecube contoller and holding down on all the d-pad buttons and I tried the repair disc for USA with no luck there either. Is there any method that I can use to unbrick these consoles? I read a couple places where some people have managed to do so but not with firmware 4.2. Is there a game out for the ntsc region that will update the consoles and remove the brick or is there another method I can use or am I just SOL. Sure would appreciate some help with this matter. I did mange to install HBC on one of the consoles but did not know if that would help either. Thanks guys for some help with this issue.

Nothing at all happens. Thanks for your fast reply

@ lulzhakkkkkkkkkkkkkkkkk: u wanted me to chit chat wit u sooooooo bad, now you run like duh delusional retard u are A moment ago
Chat 4