Bought my game two days ago with another friend and now that we have every character unlocked we wanted to play online and i have some questions now.

1. Is online "region locked" ? we just tried to play online (6am) because we thaught "lets kick some american asses" XD but both of us waited like 10 minutes and there were not a single player connecting.

2. How come i cannot connect trough the friend list into his room when he opens game for random opponents ? sucks pretty much to only be able to fight against each other or bots

wanna play together with him against other players not in my friend list.

3. is it normal that there is allways after some waiting this message about "error code ....." which cuts the wifi connection ??? i had the same message with Dragonball already

sorry for the bump but how come noone can help me with my questions ? i thaught everyone here is brawl pro and knows everything of it ... 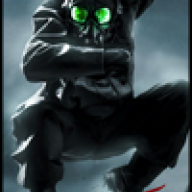 number 2 and 3 i dont know, but number 1: It isn't region locked
The only reason why it wouldn't work is because you are to far away.
M

Looks like Nintendo's servers still suck pretty hard. Since Friday I've been trying every day to find opponents, but so far I've only managed to play one match, and that one was extremely laggy.
P

I usually get error codes 1/2 the time, but when I do find someone, its not laggy (unless theyre from Jp or Eur).It takes me like 15min to find someone. When the game came out I could never find someone. 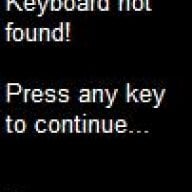 I have Brawl already for a very long time (Both NTSC and PAL) and i managed all that time to play only 1 match, which disconnected me after 30 seconds, of course when i reconnected i could wait forever, but never messages or something, just "seeking, seeking, seeking" etc. Friends are working, however it lags like hell when we are playing. Looks kinda more of a diashow...

S
Hacking Bricked my Wii when trying to update Priiloader, any ideas?

@ katebeyond: Monster Hunter Stories 2 Save Does anyone have a 100% complete storyline save? 12 minutes ago
Chat 1