sorry am total noob about computers and hacking will try to follow
The Definitive Guide to Wii U Hacking but i have questions what should i do first?

install hacks then? i appreciate detailed step by step thank u in advance
D

also will the cenoblade chronicle x CD upgrade my wiiu to 5.5.0? 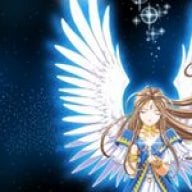 dogmadogma80 said:
sorry am total noob about computers and hacking will try to follow
The Definitive Guide to Wii U Hacking but i have questions what should i do first?

install hacks then? i appreciate detailed step by step thank u in advance
Click to expand...

dogmadogma80 said:
also will the cenoblade chronicle x CD upgrade my wiiu to 5.5.0?
Click to expand...

I think you should block internet entirely if you want to be safe/ remove it entirely & don't forget to turn of quick boot too!., because it downloads firmware un tge backgtound & yes I think Xenoblade Chronucle will update your wiiU unless you havknit & use firmware spoof!

I don't know much either, since I'm the same spot as you. I just bought a Zelda Windwaker with fw 3.0.1 ( I think) & want to play Xenoblade X too (I actually wanted the Xenoblade bundle, but didn't want to get a on fw5.5 console). Now I'm still a bit scared to hack my wiiU without a proper nand backup & little knowledge. I really want a full nand backup of the whole system just in case, but I don't want to hardmod the wiiU yet, since it's brandnew Q.Q. I hope there'll be a way to make a nand backup without having to hardmod the wiiU, This is handy for downgrade if possible later on or if I ever accidentally brick my system & maybe it will help with restoring it idk, atm I'm used to the 3ds, which is a total different system & i never bothered to hack my wii years ago because it got kidnapped, since the day I had it by my siblings xD....

Also the wiiU will start to download a sysupdate when you're still setting things up & getting used to the system so if you see it started that I'd say format the system & set it up a new to delete the update & when you're at the internet setting part just choose manual setup & input wrong info like wrong SSID name & the tubehax DNS as extra is a must, so it won't have internet & later when you it when you're ready to have internet it will be easier to setup & no hidden accidental downloads (yeah I know I probably sound paranoid when it's about system update, but I am desperate to keep my system exploitable). The booting will takelong after that, but it works! Later it will tell you about quickboot & spotpass & if you have no internet it will try enable it if you don't watch out it you might enable it without realizing it (darned sneaky Nintendo move).

Well that's all I hope you were lucky & are still on 5.3.2 if not I hope this might help someone else, since there's so much info to digest.

how can i turn off quick boot?
S

dogmadogma80 said:
how can i turn off quick boot?
Click to expand...