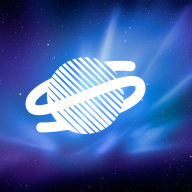 I recently bought myself a cheap black Wii to fix up. I figured it was cheap enough to give it a try. All they could tell me is that the Wii doesn't display an image, and judging by the seller's knowledge, I'm guessing not hacked unless someone else did that.

Anyways, I've ran into a bit of a wall. I've tried a few things (Hold down power, hold down reset, using a third party GC controller with the D-Pad contacts soldered so it always holds down the buttons), but there's nothing coming up on the screen. I know the GC controller works, because the white Wii in our living room, which isn't mine, does display the firmware version and region when plugging this in before booting.

I opened up the black Wii, and reseated everything, after cleaning the contacts. This did not help. I really don't want to fully disassemble my white Wii, given it's not mine, but I did decide to go ahead and swap Bluetooth modules, given that can be done by just removing the front bezel and spudgering it out, if you're careful. This resulted in my good Wii still working just fine with the bad Wii's BT module, but the bad Wii remaining dead.

So, I'm at the point where three things can be off: The logic board itself (I could not see any damaged components on the board, and this is a later gen Wii given it has the 15x15mm IBM Broadway CPU, so I think this one should be more overheat-proof), the WiFi module, or it might be bricked. It doesn't do the two flashes, so it doesn't have BootMii.

Other things I noticed is that despite loading a disc, it never spins up, and my Sony PVM will sometimes report the black video signal is NTSC, and other times PAL. I figure the video signal might be scrambled in some way, causing the video signal to be differently ID'd by the display on each boot.

Is there any way I could still find out if this is a software brick or not, without needing to swap more hardware parts? TIA for any advice!

(You’re Dutch, right?
If so, we can handle this conversation easier!)

Sorry for the late responce. I don’t know anything about the logicboard, but all you need to know is that this isn’t going to be easy.
As reading this topic, you have a couple of options. But first, check this:
Have the AV-cables just gone bad?
Jiggle them around for a bit with the Wii turned on and clean up the connectors witha Q-tip. Maybe something appears, even for a split second.
(Speaking of the disc drive, replacements exist out there, you can find replacement drives online)

If not, use a Modchip. More info can be found here: http://wiibrew.org/wiki/Modchip
In combination with the modchip, make an illegal copy of the Nintendo Repair Disc so you can transfer or recover anything from the console.

If it still doesn’t work, solder a bunch or wires to the board (yeah, not even kidding, according to a guide it’s your last option)

If even soldering a bunch or wires to the board still doesn’t work, then there is no option then buying a new console and test it before buying.
Regards
-Trash

Bit of a late update, but I just ended up grabbing two broken white Wiis for €10, on another gamble. Got them today, both work except for the disc drive. So worst case scenario, it's just a logic board swap into the black shell with one of these, but I at least can test the Black Wii's WiFi module with one from one of these Wiis.
Reactions: Trash_Bandatcoot

I
Hardware Bricked for good?