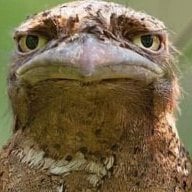 hippy dave said:
Noticed it's not on hb app store yet, just a friendly reminder, not a whinge
Click to expand...

It is. Sb else has added it.

HookedBehemoth said:
It is. Sb else has added it.

Hey there, @HookedBehemot. Sadly I can see you have not been active in the forum. Well, I have been asking around about the possibility to capture video on some games. I mean, there are some examples, where the games on V0 have the ability to capture / record video clips like most games, but, after an update, the video recording is gone!! I was wondering, before creating a new thread (I have been asking aroung to no avail already) if you or somebody well versed on the theme could know something about it. Maybe there is a setting, maybe there is a way to revert it. Because, the proof that on V0 the games could record, means the feature is still somewhere patched or something.

Nintendo Switch Today at 12:40 AM
ChaoticCinnabon