I have had a hardmod installed in my Wii, and it was running older games well, but it couldn't run the newer ones, such as Bit.Trip Complete (PAL version). I have no idea what kind of harmod my Wii has, so I can't update it. I recently used Letterbomb to install the Homebrew Channel on my Wii, and I also installed the newest Neogamma. I've put the disc in and tried to run the game, but it didn't work. I thought that maybe I did something wrong, but when I tried a game that would normally run without any extra homebrew, It did run through Neogamma. I'm also sure that the disc isn't broken, because the game runs in my computer,on the Dolphin emulator. Does the Neogamma support the Bit.Trip Complete (PAL)? I would have bought the game, but it isn't out in Poland yet. 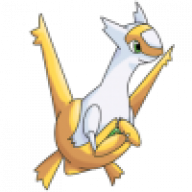 Just because the game show up on your computer doesn't mean anything I had plenty of DVD's that i made a copy of and showed on PC but didnt work on the wii. Try re burning it again and see if that works, the other thing you can try is see if you can get it running on a flash drive or a USB hard drive through neogamma.
G

Could you tell me how to run the game through an USB Hard Drive? Do I just put the iso to the drive, or do I need something more?

...i'd say, people are better off if this doesnt even work. the games are terrible