Hacking Bannerbomb was working, but now isn't, neither is HomebrewChan

I'm not sure what's happening with this Wii I'm playing with at the min. It was on 3.4, started by bannerbombing it, installing the Homebrew Channel, downgrading IOS15, trucha patching 36. Then upgraded 15 again with wads (from NUSD - every one), installed IOS249 r14, then updated via wad (from NUSD again) to 4.2. All was working fine, but the homebrew channel would not load. I thought maybe an IOS had played up, so I did an official update (through the system menu). Homebrew channel will not load (even without an SD card in - black screen), and the Hackmii .6 installer will not load through Bannerbomb (it comes up with the yes to load, I click yes OK but just goes to a black screen). The Wii does not have a chip. Tried using Bannerbomb to boot Dop IOS Mod and it won't boot either. 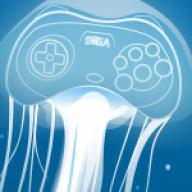 once u update to 4.2 u have to access ur sd from the main menu of the wii
B

zeedds said:
once u update to 4.2 u have to access ur sd from the main menu of the wii
Click to expand...

I know that; like I said, I'm actually getting to the point where bannerbomb's yes/no prompt.
B

Figured it out - IOS36 had corrupted itself. Managed to get Trucha Bug Restorer booting through Bannerbomb and got it sorted.