I just got 2 EZ-FLASH Omega editions for me and my boyfriend, I tried setting his up first but I didn't format the SD card. The screen kept saying no_loader_found and wouldn't boot up. I tried another tutorial and formatted the SD card but didn't try to update the kernel, but it did boot up and I could play games on it. However after a while it went back to the same blue safe screen with the same no loader found message. I tried formating the SD card again and it booted back up, but none of his games were saving. So I tried extracting the ezkernel.bin to his sd card and updating the kernel by holding R on start up, and I just got this screen that said the update failed because of "Bad NOR ID". I got confused and tried doing the same process for my EZ-FLASH, I formatted the SD card, and extracted the ezkernel.bin update, and it worked perfectly without any issues. I thought maybe his SD card was corrupted from formatting it twice, so i got a new one and did the same exact process as i did for mine, and still got the same bad NOR ID screen. I was just wondering if theres anything i can do or if I need a new EZ-FLASH OMEGA. Thank you!
Reactions: Sterophonick

The card with Bad NOR ID is indeed faulty, please contact your dealer for replacement.
Reactions: nuzzleaf, slaphappygamer and Sterophonick 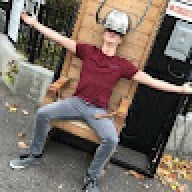 EZ-Flash2 said:
The card with Bad NOR ID is indeed faulty, please contact your dealer for replacement.
Click to expand...

Im having this issue but its happening after I used the de-recovery file, states bad NOR ID. What should I do

Hacking What should I use in my Ez flash Omega?

@ Julie_Pilgrim: switch dark mode is ok i just wish it was a bit darker 57 minutes ago
Chat 0