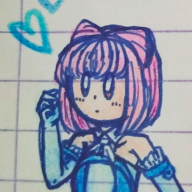 for context, my dsi xl stopped turning on completely around 4 years ago, not long before that though the bottom screen stopped displaying anything and only the backlight would come on.

i still have the logic board to the console but nothing else. i would like to backup the flash chip for data recovery as i had a ton of flipnotes and photos on the system before it stopped working.

not sure what it would take to do this sort of thing as i know there's several keys involved (CID and so on), but my hope is that in the end i can dump the entire NAND, open it in ninfs, and recover any pics, flipnotes, sound recordings, and whatever else was left on it before it quit working. if it helps, i did use the 3ds transfer tool to move the dsiware apps to a softmodded 3ds xl before the dsi xl stopped working.

any tips in this would be very appreciated!
K

Manually dumping the 3DS NAND is one way of installing CFW on a 3DS, though no one does it that way anymore. So I suppose the first thing to do for starters would be to look at a 3DS hardmod guide and see if something similar can be applied.

Kwyjor said:
Manually dumping the 3DS NAND is one way of installing CFW on a 3DS, though no one does it that way anymore. So I suppose the first thing to do for starters would be to look at a 3DS hardmod guide and see if something similar can be applied.
Click to expand...

i've seen hardmod guides to read the DSi's NAND but have put it off thinking that it'd be useless without the CID or whatever else is needed to decrypt it, but i do have the stuff for that so i should give it a try

Did it ever have Unlaunch? If so then you'll have the CID and Console ID non-encrypted in the backup at 0xFF800 even when made by a hardmod, Unlaunch puts the no$gba footer there on install and never removes it even on uninstall.

If not then you will need to bruteforce it, but the brutforcing isn't too bad afaik. It's pretty poorly documented, but the TWLbf thread's OP has the basic details, there's another page or two somewhere that go into slightly more detail but I'd have to find the links...
Reactions: KleinesSinchen, probwontusemuch and RocketRobz

no the dsi xl was never modified, would the dsiware being transferred to a softmodded 3ds help in any way? all of the dsiware that was on it is on my 3ds, but im not sure if there's any keys that go along with the dsi xl once they're transferred over.

probwontusemuch said:
no the dsi xl was never modified, would the dsiware being transferred to a softmodded 3ds help in any way? all of the dsiware that was on it is on my 3ds, but im not sure if there's any keys that go along with the dsi xl once they're transferred over.

if i have to end up brutforcing those keys then i'll do it even if it takes forever
Click to expand...

Looked it up and found the old conversation I was thinking of where someone got it working, this post in the thread seems to have some helpful info and this conversation on discord (invite) is what I was thinking of, specifically the issue there was something about the date numbers being in a weird format so might be helpful if you have an issue with that. I've seen it done a couple times here and that Discord so if you have issues can search around for TWLbf.
Reactions: probwontusemuch and KleinesSinchen

that's a shame, but thank you for the links to those threads, they'll come in handy when i take the time to try and dump the NAND. i don't have it on me at this very moment but when i do, i'll reply back here if i get anywhere with it or have any other follow-up questions
Reactions: Pk11

so a bit of an update:
got the DSi XL logic board out, but quickly realized there were more problems with it than i thought. the pinouts online do not give a Vcc pin so i don't think it'd be possible to power just the NAND directly, and since i have only the logic board i don't know how i would turn it on.
another major problem was that several resistors were knocked off of the board, regardless i did try and of course the NAND was not detected (though why would it be since it wasn't getting power...)

because of the problems on the logic board itself i decided to remove the NAND chip in its entirety using a hot air gun, fortunately it came off with no broken solder joints off the board or anything.

my next course of action is to get a BGA adapter so i can hopefully interface with the EMMC NAND directly using an EMMC / JTAG programmer i have (RIFF box), and if i can find the stuff for that i will post another reply

J
Gaming Hacking Is It Possible to Transfer DSiWare to New 3DS XL?

A
DSi XL bottom screen goes blank after some time