Hacking Atmosphere and EmuMMC not launching on my Switch 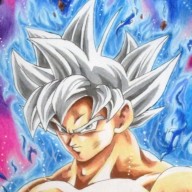 as well as that guide for emuMMC

So basically I carefully followed all steps from both guides, I manage to boot hekate.

2 or 3 times, I managed to boot Atmosphere 0.15 (no EmuMMC, just CFW sysnand with "payloads -> fusee-primary.bin" in Hekate). But most of the time I get a black screen after Atmosphere boot screen (the strange thing is that when it worked, atmosphere screen showed "Sept by Atmoshpere splashscreen, not just atmosphere, just throwing that out there if it helps).

So I tried creating EmuMMC with Hekate, first file based. The EmuMMC not launches, (nor the CFW sysnand or the original sysNand). Pure black screen with every launch option (and not even an Atmosphere splashscreen, like when I launch fusee_primary itself)

I then tried multiple times to format my SD Card, and recopy atmosphere and hekate files (as well as sigpatches), but it's always the same issue. Even in exFAT, I got that black screen.

I eventually formated my SD Card and created a partition with Hekate, then created an EmuMMC inside that hidden partition with Hekate. Same thing, the EmuMMC is here, well located in the .ini file as always, but Hekate launch menu don't boot anything and Atmosphere will result in a black screen after splashscreen as usual.

I was desperate so I tried a Sandisk 16GB microSD as well as a Sandisk 32GB microSD U3, both in FAT32, and iy's exactly the same issue. Also, I used DeepSea on a freshly formatted SD Card and nothing improved.

Whatever, I'm stuck with SX OS, and I can't use Atmosphere at all. Is my SD Card a problem ? Is anyone having a Samsung SD Card running Atmosphere ? Could my sysNand be "corrupted" because I booted atmosphere on CFW sysnand (and without sigpatches) ?

I don't know what to do.

UPDATE : I manage to launch fusee_primary.bin in SX OS menu (WTF ?). I have purple Atmosphère splashscreen, then, white on black atmoshpère logo, then it boot CFW Sysnand boot (in infos, it's 5.0.1|AMS 0.15, but I want Emunand CFW). Btw, in Hekate, I only have the purple screen before it gets to black screen. Why would it launch from SX OS (which blocked it afaik) but not from Hekate

Maybe the same problem i encountered .
Try to delete your Nintendo folder on emunand and reboot.

datom said:
Maybe the same problem i encountered .
Try to delete your Nintendo folder on emunand and reboot.
Click to expand...

Ok so I delete the folder (S:\emuMMC\SD00\Nintendo) but nothing change.

In Hekate I can't boot CFW sysnand, CFW emunand, stock sysnand as well as Fusee_primary.bin. Absolutely nothing is working.

However, I since I created an EmuMMC with Hekate, when I boot Atmosphere throught SX OS menu (Payloads options), I can boot atmosphere in what seems to be the Emummc !

Because I sets different options from my sysnand (black theme, apps location...) and these parameters are only in Atmosphere, but not in sysnand nor in SX OS Emunand. How to be sure if I'm really on the file based EmuMMC ?

I never heard of booting Atmosphere Emummc from SX OS though, so is it right to do that ?
Last edited by andiandi, Nov 13, 2020

It seems that Hekate issue is caused by being launched through SX OS Menu ! (Booting SX OS -> Payloads -> hekate_ctcaer_5.3.4.bin). Hekate is not launching anything even though it works.

But when I launch Atmosphere EmuMMC with SX OS (Booting SX OS -> Payloads -> Fusee_primary.bin), and then I launch Hekate through "Reboot to payload" homebrew by Atmosphere, I'm then in hekate, but everything is working ! (CFW sysnand, CFW EmuMMC, sysnand, and fusee_primary).

It also works if I launch "Reboot to Payload" homebrew through SX OS Emunand.

So it seems to be an issue with SX OS menu

Is anyone has the same issue with SX OS ?
Is it safe to boot atmosphere EmuMMC from SX OS playload injector as I do ?
Last edited by andiandi, Nov 14, 2020

No one encountered the same issue as I do ?

I'm currently restoring all my games in Atmosphère 0.15 EmuMMC, but I'm still launching it from SX Launcher, not Hekate, which I can't use.

I would like to have some clues about that.

andiandi said:
No one encountered the same issue as I do ?

I'm currently restoring all my games in Atmosphère 0.15 EmuMMC, but I'm still launching it from SX Launcher, not Hekate, which I can't use.

Draxzelex said:
SX OS does not have great chainloading support. Hekate is the best for chainloading payloads.
Click to expand...

I see. I just found a way of avoiding SX OS with TegraRCMGUI. When I boot fusee_primary or Hekate from it, it works, so I guess I'll stick to that method instead of using my SX dongle which has a less efficient chainloader. Thank you