Through his Twitter account, SciresM revealed today that the pre-release for the version 1.0.0 of Atmoshphere is finally here!

Fusee was completely re-written in C++ (and is much faster), and some other stuff that (like this milestone) has been a very long time coming.


​
This version features a complete re-writte of Fusee in C++, making it much faster, and some other stuff that has been a very long time coming. You can read the full chagelog here:

Please be sure to update fusee when upgrading to 1.0.0. fusee-primary no longer exists, and will not work any more.


This version can already be downloaded right from its GitHub repository here.

Notice that this is a pre-release. This version will (hopefully) transition out of pre-release on September 9th.

So glad I quit the switch hb scene...

They changed a lot this time.
I would like to know how to boot stock from hekate without fusee-secondary.
D

I would honestly advise to wait a bit before updating Congrats to the dev team

notrea11y said:
So glad I quit the switch hb scene... 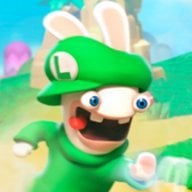 I found the answer, since you need the latest Atmos to support 13, that tells me to first update Atmos to 1.1.1, then update OFW to 13.

@ KennieDaMeanie: Don't know which is worse 25 minutes ago
Chat 2