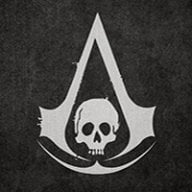 I just got the ashes for wii,but all the players except austrailian and englands have wrong names like Udai Gol instead of Umar Gul

Thats because of the license.
Other than England and Australia it wasnt licensed anywhere else.

Those are the way they are lol.
I think you can create your own players in Ashes?

Should have gotten International Cricket 2010

. (Not sure if the Wii has it though)

Well how to create your own players?i can create players in cricket 07 ps2

There should be a "create team" option.
I cant remember if it lets you create your own players aswell.

International Cricket 2010 is better in my opinion. I just checked though.. its not for the Wii.

THANKS FOR THE HELP DUDE

.
Ashes isnt bad though! Its fun on the Wii.

This is the worst cricket game I ever played

It's fun for the first 5 mins.

Cricket games are generally pretty bad lol.
But hey.. be happy with what you got.

Did you refer to Ashes?

Yeah, doesn't appear to be any way to edit the names of players. It's too bad they didn't get a full ICC licence to get all the players. I'm happy with playing this game anyways, I don't think it's too bad. But being here in NTSC land I really don't have any other options since I only own a 360 (not region free) and Wii. They never release cricket\rugby\afl titles here.

EDIT: A few things that could had been improved... why is there no way to advance up the crease when batting? and why is there no control of fielding, even timing based mini games to play for catches or timing of throwing back to the wickets. but again I won't really complain, it's the only Cricket game I can get.

@ kenenthk: Have you tried squid games based on your skills A moment ago
Chat 2