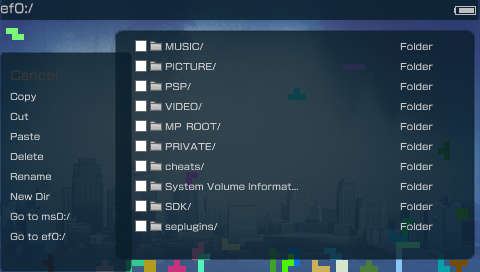 Over the weekend, @Acid_Snake has released a new version of ARK-4, a CFW designed to be a more modernized solution compared to the original PRO CFW. Version 10 of ARK-4 is available to download now for PlayStation Portable or PlayStation Vita users. Changes made to this release include Popsloader support, and improvements made to the Inferno Driver, while previous recent releases also added in DAX and JISO support.

What are the features?

Official Thread
Source
Reactions: MRJPGames, The Catboy, Blauhasenpopo and 12 others
Click to expand...

Software Infinity 2.0 released for the PSP, allows for persistent CFW on all models of PSPs on 6.60 and 6.61

@ AncientBoi: I want to play PC games on my laptop. take care guy. 3 minutes ago
Chat 3