Awhile back in my 2nd last question on here i asked if there was anyway to trick my Aussie 360 into thinking it was in America and receiving an American internet signal because i wanted to buy a copy of Silent Hill Homecoming using the fake American account i made because as ya'll probably know our government are the biggest PUSSIES in the world and (just like with alot of games) they banned it here because they know what's best for us and don't want us trapped in the eternal hellfire when we die.

My solution was to connect an ethernet cord from my PC to my 360, run a VPN set to America and then set up network-sharing so my 360 would receive the same signal as my PC... however i was told it wouldn't matter because since SH Homecoming was one of the few 360 that was, for f*ck knows what reason, region-locked. However now i've gone and bought an Xbox One for when Red Dead Redemption 2 comes out in a couple of days and i read somewhere that all 360 games (region-locked or not) are playable on an Xbone as long as it's backwards compatible, however it didn't say if digital 360 games also work

I've already gone and put my American account on here and found the game, but before i purchase anything can anyone please just confirm for me that it'll work? Thanks
D

Btw also another factor i should mention (cause i know someone is gonna bring this up)... i admit i'm a fat lazy slob and i don't really like having to do the back-breaking task of having to get up to change discs… and so I don’t wanna buy a disc copy of SH Homecoming from the UK because apart from having the world's sissiest government, again as ya'll probably already knew, we also have the world's most SHlTHOUSE internet here where i get literally 1- 2mbps and so therefore a digital copy of RDR 2 would only take like a month to download here... so i really would prefer RDR 2 on disc and SH Homecoming on digital. Cheers. 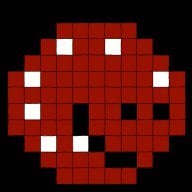 If you can see it in the store than it's a product you should be able to get. Microsoft does refunds now, so if you have a problem call them for a refund. 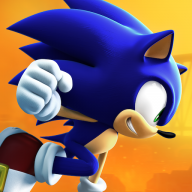 they are not region free, some games appear only in specific stores

Hardware games freeze on xbox one S (360 and one digital)

Gaming How to Update a Region Free 3DS title

@ kenenthk: Weird got a reCaptcha check by refreshing the page 10 minutes ago
Chat 1