hi, i have just finished the second phoinex wright game but really want to play apollo justice, will the storyline from appollo justice make more sense if i play trials and tribulations first or can i get away with playing them both at the same time

I'd just play them in order, there's no point in playing them at the same time anyway. Though playing the first trial in Apollo Justice you'll be fine. I haven't played further than that yet though, so I can't tell you any more. 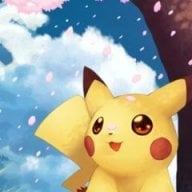 Well I'm in the middle of the 2nd Apollo case and it sheds light on Phoenix in the 7 year time lapse since number 3. I would play PW3 first, it's sort of like watching the 1st, 2nd, and 4th movie of a series and watching the 3rd one last. PW3 was a good game though so I don't think you would be disappointed in holding out for Apollo until you're done.
C

I have açready finished Apollo justice, and I truly recomend u to go for trials and tribulations first

Nintendo DS Sep 25, 2022
Brince
B
W
I need help getting two no-longer-available Android games, each one with OBB files, to work via Android emulation