Aonuma: Twilight Princess was the Zelda project most impacted by fan opinion

Anouma-numa told Zelda Universe why they went the direction they did with Twilight Princess in an interview.

"Hmm… I think the project that reflects our reaction to fan opinion is probably Twilight Princess. The incentive for us to create that different version of the Zelda universe was certainly as a result of The Wind Waker criticism that we received. Fans were saying that it wasn’t what they were looking for, it wasn’t what they were hoping for, so that’s why we went with this different graphic presentation. So I think that’s probably the one, the biggest change that we made.

I still remember eight years ago at E3 when we ran that first video of Twilight Princess. It was received very well; there was a standing ovation! So I still remember that moment very well."
Click to expand...

I see. Maybe the Next Zelda will be closer to TP then.

I hope not.
Twilight Princess was My least favorite in the series, seconded by Skyward Sword.
Reactions: NahuelDS and Costello
A

Hope the Wii U one is graphically like TP. Trully loved the dark theme, it made the game more epic. 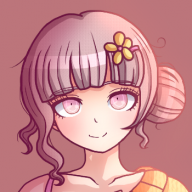 I think they made the right decision with TP, while I still like the WW style games, the art direction for TP is much better suited for the Zelda series. 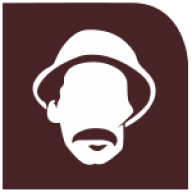 TyBlood13 said:
I think they made the right decision with TP, while I still like the WW style games, the art direction for TP is much better suited for the Zelda series.
Click to expand...

I think there's space for more realistic and also the cartoony on new zeldas ...both have it's own strong points that Nintendo seems to know how to use..
Reactions: TyBlood13

I'd like another "realistic" Zelda game. Twilight Princess had a wonderful atmosphere and dark vibe to it, and I think it fits the Zelda games more than the cartoony style. 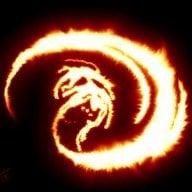 The graphics of TP weren't what made the game boring or bad, it was the mostly empty overworld and the weird schizophrenic nature of the story (Zant and Midna are clearly the focus, then it wraps up by being about Ganon in a very unoriginal, safe way).

The dungeons were well designed overall, though. If I had a way to replay any dugeon in any order, I could have a lot of fun with TP because I would be cutting out the lazy overworld design.

Skyward Sword was very good, IMO. The overworld was a big improvement over TP although people will be quick to say the sky was empty. Perhaps, but the overworld below the sky, the meat of the game, was well thought out and fun.
Reactions: chavosaur

I would love a Skyward Sword-esque artstyle in the next game, didn't like TP's artstyle, tbh.

chavosaur said:
I hope not.
Twilight Princess was My least favorite in the series, seconded by Skyward Sword.
Click to expand...

swap them around for me. the thing that mainly ruins tp is the gimmicky fucking mini games your forced to play like fucking SUMO...TWICE!

There. I said it.
Reactions: Giggtysword344 and Arras

Well, as a seasoned Zelda gamer ( I actually played the original Zelda on the NES in 1987 ) , and having played them all, I still remember the outrage when WW was announced and how many people threatened to boycott the franchise if they wouldn't change the artwork.
It was really that bad, lots of negative press.
I believed in Nintendo and I knew that the game would turn out to be fantastic, and eventually it did, and it's really funny that today most people regard it as their favorite Zelda of all times LOL.

The point is that I can understand where TP came from, and why they decided to go with that specific artwork,( opposite direction ) and I loved every minute of it, even though I must say, for me the best Zelda will always be Majora's Mask.
The dark theme, time travel, shape shifting Link and the 3D label alone on the cartridge itself made it for an unforgettable experience.

And I suspect that the next Zelda will be unlike anything we've seen so far, you can bet on it.
Nintendo already stated that when developing a new title in the series, they make a priority to make it feel fresh and look totally different from previous games.

I loved Twilight Princess, probably my favorite game out of the entire series. I enjoyed most of the other games as well, but for some reason TP is just the one that stuck out the most to me. I liked the graphics, but I also liked WW graphics. I don't really care either way, both are good.
Reactions: raulpica

KingVamp said:
I see. Maybe the Next Zelda will be closer to TP then.
Click to expand...

NahuelDS said:
I hope not
one generic looking and soulless OoT wannabe is enough
Click to expand...

Do not forget Majora's mask.
Completely with re-used Models...


well... only judging by how it looks, you could assume that Majora's Mask is the same as Ocarina
but the game feels a lot different

I remember being in the, "OMG WIND WAKER LOOKS CRAP" group but luckily I borrowed my cousin's copy which he bought on launch day and despite all the sailing, I actually grew to enjoy it. Twilight Princess was one of those, "HYPE OVERLOAD" title when it was first shown off but as the time went by, I knew I had better chances of buying the Wii version than the GC game.

TP is definately the one I didn't enjoy as much. The Wii version constantly demands you to swing the wiimote so I gave up on TP and decided on to play a different Wii game for a while. Fast forward to last year and I managed to play the Gamecube version on Dios Mios but it still didn't feel enjoyable. Skipped out on SKyward Sword due to the mandatory Wiimote Plus accessory.

NahuelDS said:
well... only judging by how it looks, you could assume that Majora's Mask is the same as Ocarina
but the game feels a lot different
Click to expand...

Yes that is true but, I thought the topic was "artstyle".

@ kenenthk: Only the most important humans will have nvme installed in their head 18 minutes ago
Chat 2