Hardware Anyone think that Sony should make a new handheld

About a month ago I found back my PSP. When I first had it I knew nothing about cfw. Eventually, I lost it when I got a DSIxl. About a year ago I learned about CFW and modded almost every console I have. These are, a PS3, 2 different DSIxls, and a friends Switch. When I found my PSP. I thought I could mod it too. It started booting up and failing. I was told I should try and check the power switch. Now it won't turn on at all. I got a 2dsxl as a replacement but the games don't compare. I wish Sony would make a new handheld similar to the PSP.

They had a perfectly good handheld (PS VITA) and they never supported it as much as they did the PSP.
Reactions: jesterscourt 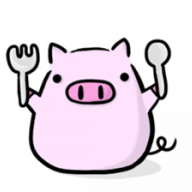 Sony killed the Vita with proprietary memory and lack of support. So until they sort out their shit, no they shouldn't make a new handheld - and I'm saying this as a PSP & Vita fan.
Reactions: Ryccardo, Berkiel and 8BitWonder

After the debacle which is called the vita... Doubt it.. don't get me wrong I love the vita and own all versions of it with multiple colours but sony simply didn't support it hence it's demise.

I would like to see them try again, but stop trying to push proprietary memory as they did in the past. There were many reasons why the Vita failed but it definitely didn't help that users needed to buy proprietary memory cards instead of just using a standard microSD card. They also need to actually try and get support for the system instead of whatever they were doing with the Vita.

On the one hand, I'm always a fan of more competition. On the other hand, I'd rather not see Sony's censorship spreading to new platforms.
Reactions: Berkiel and The Catboy

the prototype of the vita sported a micro sd slot. I hope whoever suggested those memory cards was fired.
Reactions: KiiWii
B

Sony did more than showing subpar support for the Vita, I too am a Vita fan, I've hacked many for close friends and myself, the homebrew community turned it into the best handheld ever made, period.

But Sony on the other hand, while having very, very good engineers on board, have some of the worst decision making people in the industry, in the early days of the first Playstation, Sony Japan was calling the shots, then eventually it was handed to the US, nowadays it's Sony Europe that leads the video game branch of the company, it just goes to show that internally it's not a paradise in this soulless megacorp.

The PS3 ultimately succeeded but Sony almost definitely lost the console wars with its very difficult launch, too expensive, to hard to develop for, Kaz Hirai was a prick and the difficulty of access for the developpers was a conscious design decision, "devs have to deserve and work very hard to be able to harness the power of the PS3", he actually said something like this and was proud of that.

The Vita got crucified by noone else's than Sony, when they launched the PS4, they absolutely needed to win this stupid console war VS Microsoft (and look at M$ today, they release a new console soon but don't really give a shit about it, they bet everything on game streaming, all their games can be played on PC too, the XsX is basically a DRM locked PC) and the Vita, with its insane capabilities was a direct opponent to the PS4, so all the years of trust built during the golden years of the PsP era with awesome studios went to the trashbin, no more projects were given to them, no budget, nothing, many turned to others to survive, Steam, Facebook games, Nintendo, some died....

They basically handed the handhelds market's keys to Nintendo, which made, like usual, a good concept with cheap hardware that was hacked the week it released because the Tegra X1 is in the nVidia Shield too, now The Switch is so strongly implemented that beating it is simply impossible and it would be the same scheme as before, they wouldn't want the PS5 to miss a dollar of budgeting for a handheld which is seen as a kid's market when they promote mature games, but again, look at the Switch today, you have poor devs who have to pull their hairs off their heads to port the best adult AAA's on that PoS hardware the Switch is because adults actually love gaming on the go too. Imagine The Witcher 3 or Outer Wilds on a Vita 2, it'd be a 1:1 experience as on PS4 with their engineers and modern technologies, but it's never gonna happen. They're probably very bitter internally about this but will never admit it and just say things like "we're entirely focused on the living room experience nowadays" yeah you can bet they are, they don't really have another option anymore, do they?

Add to this, regarding the Vita, the proprietary memory format, because "they wanted the best possible user experience and 3rd party SD Cards would compromise performances" another big lie as the SD2Vita adapter and all the devices in the world using the microSD format can prove.

Also not fighting/putting enough money on the table to win Capcom over Nintendo for the Monster Hunter franchise and you have the recipe for a planned failure.

But! If not from Sony, there is hope, mobile performances have made huge performances leaps recently, thanks to AMD Renoir APU's and it doesn't take the biggest name in the world to make valid concepts, actually, if you've read this far, I encourage you to read this other GBATemp thread:
https://gbatemp.net/threads/aya-neo...-most-powerful-handheld-gaming-device.571900/

Not a crowdfunded planned failure like Smach Z but a good contender to the GPD devices as it's a different form factor, this, to me, is the (DRM free because it's a PC) successor to the Vita. 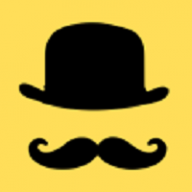 Same thing as everyone else in the thread said. 'd be cool if they ditched proprietary memory and actually got second-/third-party support for it. If they can't manage that, I'm not sure I'd want a PlayStation Micro.