Gaming Anyone knows how they determine to make a DS TCG?

As the topic says...I was wondering why aren't there developers for games like pokemon TCG and yugioh TCG...I mean I would really like to play the updated pokemon TCG compared to the GBC's version...The story doesn't even have to be that great, I would just like to battle out with my friends with the most updated cards 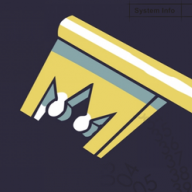 apparently this expansion thing is coming out for Pokemon Platnium
http://www.go-pokemon.com/tcg/cards/pl/01/

wait, is that the real tcg or coming to the ds?

humm..i quite really dont know it is kinda confusing..
T

I don't think it's referring to a DS installation of the TCG... sorry, but don't keep your hopes up. If they had plans to create a game, they would've done so many years ago. Also, while a Yugioh DS game hasn't been released for over a year, a new one is coming soon: the 2009 World Championship edition.
M

Pretty obvious that the link given is for the actual trading card game (the one played with real cards). I mean, c'mon, they even show pics of the card packs.

The next Yu-gi-oh is due out in about two months and is called Yu-Gi-Oh! 5D's Stardust Accelerator: World Championship 2009..... 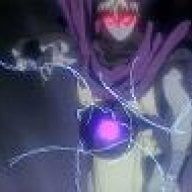 I'd agree though, even as much as i like the Yugioh games, i'd love a new Pokemon TCG game, the one on GBC owned. 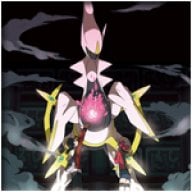 We did wait long time but not release a Pokémon TCG game for DS.
Chance : %0

If it announce I'll wait Wi-Fi Opt. and Downloadable Content.
I want card battle on Wi-Fi and see new cards every week.
K

well the new yugioh game will cheer me up...I wonder far they will go with the booster packs...Wondernig if they will have the latest set before releasing the game.

Seems really odd that Nintendo hasn't done another Pokemon TCG, hell I'd thought a remake of the original game or even the Japan only sequels would have at least happened.

If a piece of crap like Pokemon Dash sold well I'm sure something a lot better would.

Exactly, and seeing as they pump out Pokemon games, and they already done 2 remakes, i'd expect them to at least release a remake for the DS, if they don't wanna make a new one.

Hadrian Uranium said:
Seems really odd that Nintendo hasn't done another Pokemon TCG, hell I'd thought a remake of the original game or even the Japan only sequels would have at least happened.

If a piece of crap like Pokemon Dash sold well I'm sure something a lot better would.
Click to expand...

Pokemon TCG was by far the best and most well balanced card based game made for the gameboy. Yugioh was pathetic and so unbalanced where some magic cards could wipe the floor, others would do absolutely nothing and ask a whole lot more, the same went for most of the others...

So want this now you guys mentioned it... 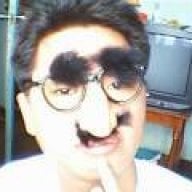 As for TCGs... I'd like to see a M:TG TCG DS version...what would be something oh and with downloadablecontent.... nice

Ugh. They're making more games based on the new Yugi anime series? They should just make them based on the original story. I mean, it's no literacy masterpiece but it's a hell of a lot better than then new stuff they stick the name "Yu-Gi-Oh!" on.

Wouldn't bet on a Pokemon or a Magic the Gathering game though, as much as I'd like to play a Pokemon one. Both have had very few video games adaptations released. 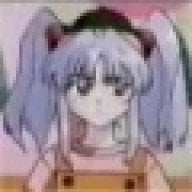 kevenka said:
well the new yugioh game will cheer me up...I wonder far they will go with the booster packs...Wondernig if they will have the latest set before releasing the game.Remember that YuGiOh videogames use Japanese card releases, which are generally far ahead of their US counterparts (we were able to use three copies of Elemental Hero Stratos in the 2007 game using the banned/restricted list it shipped with, say, an insanely broken use that was never possible in the US because the card was restricted before it ever arrived here.)

There have been a few computer adaptations, but the problem is that M:TG has a system that doesn't lend itself well to AI... it makes much more extensive use of cards that modify the overall rules, often in ways that can encourage you to do counter-intuitive things. Even the best MTG programs I've seen would still shoot themselves in the foot occasionally for no obvious reason.

In YuGiOh, the AI can usually just look ahead one turn when planning, and if a particular action ends up with it ahead in cards (and not, well, dead or something), it's usually a good thing to do. In M:TG, looking ahead is much harder.

Digging up a thread thats beginning to go offish a bit, but I too would like to see a MtG TCG. Yu Gi Oh and Pokemon TCGs are just too simplistic, with th eonly strategy really being putting together a good deck, then hoping for the luck of the draw. OTOH MtG requires little things like mana(land cards) before you can even start to do anything, so it increases challenging deck building, strategy of playing card, AND luck of the draw. 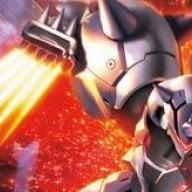 just wait for Stardust Excellerator to come out at the end of this month. All WC games have a wide variety of languages. I beat the Jap version of WC2008 in full english. i wont be surprised if they leave it out this time around since the added 3D, Racing, and Customizable Bikes and maybe customizable characters 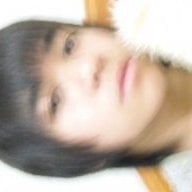 InuYasha said:
The next Yu-gi-oh is due out in about two months and is called Yu-Gi-Oh! 5D's Stardust Accelerator: World Championship 2009.....
Click to expand...

G
Hacking Emulator play gba title on ds r4 revolution or how to play it??