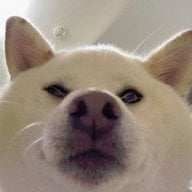 By and large translation requests don't happen because someone asks; translations are usually the result of hundreds of hours of effort, and there are hundreds of games still in need of it.

To that end sell us on the game. What is it, what does it do, why might we want to look at this game (it is a really good game, one that could be really good if the same people that probably get to hack it to bits to do the translation also fix a few things on the way?), is it tied to something else we might like?

Have you tried your hand at hacking it yourself? For DS stuff then many games have a fair bit that can be learned by someone not necessarily skilled in hacking. To that end maybe get a tool to pull apart DS games (ndstools, dsbuff, dslazy, crystaltile2, tinke... there are many) and pull it apart and have a look at the files. Many DS games use shiftJIS encoding so if this is one of them (crystaltile2 has a nice one in its hex editor option, click the bar above the text section and it will be an option there).
While it could get difficult from there if it is going to be something easier then if you can translate things then someone might give you the things to translate and insert it back in for you afterwards (warning, such an act will likely ruin your desire to play the game for a while at least as you will know the script, every turn and more besides).

ROM Hack How Do I Dump/Insert Text To Translate Japanese Ds Game Without Using A Hex Editor?

@ Veho: Many people are ashamed of me. 7 minutes ago
Chat 1