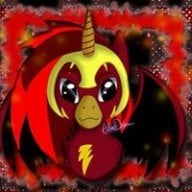 I've been wanting to make a level hack for this game for a long time (The core gameplay was Mega Man X for kids, but the level design didn't really work with that) but haven't stumbled across any tools that will let me do so.

Does anyone know of any tools that could work with these formats;

I'll of course update the post if new information comes to my attention, but for anyone who hasn't played this game yet it's definitely worth the time if you're a fan of the series.

Thanks for any help you can offer!