Do you think that the 3DS will come with a analog control stick that pops out of the system when you open it so Games like SSB can be played?

I seriously doubt SSB will come out for the 3DS to be honest. I'd love to be proven wrong, but so far the incredible fan demand for one for the normal DS has been unanswered. The DS itself has enough power to do it, something between the graphical quality of the N64 and Gamecube games would have worked there.

But in all honesty, i never felt much of a reason to have analog in Smash Bros. I've tried controlling it on emulators (both 64 and Melee). Used both analog control AND a dpad. I actually found the dpad controls to be far more responsive and just felt better. Not the best game to pick for analog specific controls really. Try a 3D platformer like Mario Sunshine or whatever, that would be more appropriate. It is my opinion that Smash Bros would work just fine with dpad controls. 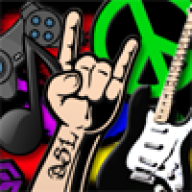 Yeah, smash does feel better with a dpad... but not in Brawl! I don't like it how you double-tap to run.

I've not played Brawl but once for like 30 seconds at a store kiosk, so i wouldn't know about that. Melee is my fav, the 64 game is awesome too. Both games though felt really right with dpad control. Sure you have to cheat and use an emulator to get that dpad control, but you try it and see. It feels good.

And i think people hated Brawls' entire movement/physics system. That's what i heard at least. I think there was even a hack to improve the physics somewhere. I forget, saw it a year or two ago here...

It's not that it was hated, it just wasn't as good as Melee for some people. But I've never heard someone say they hated the Brawl system, only trolls that went OMG BRAWL SUXZ and stuff like that xD Not that I've read many Smash forums though.

Anyway my 3DS mockup has analog sticks (my avatar) so if it ends up something like that someone will surely make a Smash game. Maybe not Sakurai (since he doesn't want to work more on Smash), but maybe someone at Nintendo.

Related to what you guys posted - there's a project on the making at the moment, still in its pre-alpha stage, that's trying to turn Brawl into Melee (by "turning" I mean load codes to modify the game such as physics, character specifics, mechanics, advance techniques, etc). Its called "Project M". Search it up on youtube (type in "Project M shanus19" without the quotation. Shanus19 is the channel and the video is outdated - be prepared for a new one though! They've improved the game dramatically since that video.) I've played the latest pre-alpha codeset and they're doing a marvelous job at making the transition. This is coming from someone who plays Melee at a competitive level but not as skilled as people you may have heard of.

1. Smash Bros. is a well known game. Games like these usually end up on the console first if anything.
2. Sakurai doesn't want to work on another smash game. They can get another person to do it but it won't be the same.
3. I don't want Sakurai to work on it to be honest. I hate his approach on Brawl. The game was just ridiculous in my standards. Melee for life.

i play melee competitively too but stopped watching the development of project m :S
is it public yet? cant find the thread on smashboards^^
europe DI >


topic: ssb would be awesome on the 3ds

and i cant imagine playing it with just a d-pad.

Win said:
i play melee competitively too but stopped watching the development of project m :S
is it public yet? cant find the thread on smashboards^^
europe DI >


topic: ssb would be awesome on the 3ds

and i cant imagine playing it with just a d-pad.
Click to expand...

Nope. Its still pre-alpha like stated. Open beta won't be for a while. You can take my words for it though, if you're open minded and play Melee competitively, you'll like the open beta. You have to be able to accept some differences since its running on a Brawl engine from the first place. But so far, its coming along great. It definitely won't replace Melee for me, but it is a fun alternative.

Smashboards has been down very often these days. I don't know why.

[off-topic] What's wrong with Brawl? Besides the physics I don't get what people don't like. Not trying to attack haters, I really don't know what's wrong

davidsl_128 said:
[off-topic] What's wrong with Brawl? Besides the physics I don't get what people don't like. Not trying to attack haters, I really don't know what's wrong

Was your first Smash Bros. game Brawl?
Did you play Melee at a high level/competitively?
Do you know what kind of techniques are involved to win a Brawl match (as if $1000 was on the line)?

I can go on with a whole list but then I won't. I don't hate Brawl. I just think it sucks and breaks the traditional formula of what makes Super Smash Bros. what it is.

Again, I can go on with the list. But, I won't. I'm not making anyone hate Brawl. I'm just implying that many that enjoyed the traditional formula wouldn't enjoy Brawl all that much. There are some that like both or all series but rarely do you find someone that might enjoy both games. Unless, they play casually.

tl;dr. There will always be people who like the old versions better than the new ones. Reasons vary but its usually based on gameplay. 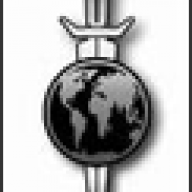 Personally, I prefer the D-Pad for Smash (pure fun player), and I hate that Brawl does not support it on the classic controller. And those "techniques" you are talking about (especially the ones in Melee) are pretty much just abuse of some of the mechanics of the engine, so of course they got removed when their use got out of hand.
That said, I do not see a handheld SSB coming, though it would be enjoyable if there were one. But analog controls are pretty likely.

Fat D said:
And those "techniques" you are talking about (especially the ones in Melee) are pretty much just abuse of some of the mechanics of the engine, so of course they got removed when their use got out of hand.
Click to expand...

They got removed because Nintendo wanted to dumb down all their competitive games, such as Mario Kart DS and SSBM, to make them more party-orientated. They were already party-oriented from the start and offered a different level of competitive play but Nintendo doesn't want that so they removed those mechanics which made the new games dumb.

I understand why people are so interested in getting SSB on a portable console but I must say that I am getting sick of the continual mentions of it. We talked about it for years with the DS and nothing ever came of it and I doubt that it will come out on the 3DS. If they had any interest in releasing a portable Smash Bros, wouldn't it make more sense to put it on the platform that already has millions and millions of console out there.
On the topic of the control stick though, I hope that it is a good one or nothing at all. Sony tried the control nub on the PSP and it got a lot of criticism. I have always found that Nintendo have the best quality D-Pad's so if it is up to the usual standard, I say go right ahead.

S
Homebrew Is there a homebrew app for calibrating your screens, analog stick, C stick, buttons and everything?