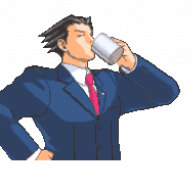 Before I continue, i apologize if i ever use the wrong terms and such (like doing dumb stuff)- i don't have the best knowledge in this area.

I will also attempt to make this as detailed as possible so that identifying the problem and solution can hopefully be made easier.

So I was attempting to install both Professor Layton vs. Phoenix Wright: Ace Attorney and Phoenix Wright: Ace Attorney − Spirit of Justice onto my 2ds. PLvsPW was a 3ds file and from what I remembered I needed a cia file in order to install a game, so I wanted to convert it to a cia file, and so following a tutorial, I copied it onto the sd card (4 GB, never changed from when I first bought my 2ds) and in the /gm9/in/ folder.

SOJ was a cia file, so I copied it from my files onto my sd card in the folder where i put my cia files for installation. I got an alert that I didn't have enough storage, so I deleted a cia file for a game I had installed a month prior (also the same day I hacked my 2ds). I looked up whether it was okay to do so, and everything I saw agreed. After that I copied my SOJ files onto the folder.

When I put my sd card back into my 2ds and I turned it on, a message appeared stating, "Unable to create new home management due to insufficient storage in the SD card" (I don't know if it's the exact line, but it has the same idea) and all of my cias (game, fbi, etc.) have disappeared. Only the applications I had before I hacked my 2ds (pre installed apps, some demos) were left. I also just noticed as I was typing that my theme is gone, so I'll presume it happened around here.

I thought it was due to the "insufficient storage" from the message, so I opened my sd card on the pc and deleted the PLvsPW file from /gm9/in/. Now after putting it back and turning it on, there was a different message, now stating, "creating new home management", with my home screen still in the same state. It only appeared about 2 or 3 times, after a few instances of turning off and turning on my 2ds and/or putting my sd card back into my 2ds from trying to find the problem, the message doesn't appear anymore.

Looking into 3ds software management in system settings, I have no accessible software data and I have 16,338 open blocks.

I also still have my files. Here's what I have in my sd card:

When I open the USB Drive, a new window opens:

I don't know if this would be relevant but in case it is, I'd also like to include that I do not recall having a USB Drive when I opened it during the time I hacked my 2ds about a month ago (following this tutorial if you need to know: https://3ds.hacks.guide/installing-boot9strap-(pichaxx)). When I opened my sd card back then, it went straight to this page, and no new windows were opened. That was the last time I opened my sd card until today. I can't exactly say if this is the exact same from when I last opened it, but this is a difference I've noticed.

I didn't modify anything in the Nintendo 3ds folder other than opening it. The only files I've modified are the ones I've mentioned.

I can still launch Rosalina Menu, Luma3ds configuration, and GodMode9.

I hope someone can help me! Again, I apologize for any possible wrong terms and dumb actions, I'm not knowledgeable in this area (having only followed tutorials just so I can play games on my 2ds), and I only just registered to this site so I can post this thread. Thanks in advance!

Edit: deleted the soj cia files off the folder, and the problem still persists.

Edit: apparently all I needed to do was move all my files (except for the Nintendo 3ds folder) from the USB drive back to the root of the sd card and delete the USB drive? I honestly can't believe how simple the solution was, but to be fair, I didn't find any information on the web about a USB drive at all, so it took a while till I finally just went and did this.

When I put the sd card back to the computer to try installing SOJ again, the USB drive comes back, but all I had to do was do the same solution and do the process for installing games. I have SOJ now :]
Last edited by nahivel, May 26, 2022
M

you should probably get a sd card with more storage (16gb is about enough) and use that. ive never had that problem before apart from when my streetpass dlc would delete itself when connected to the internet.
try a bigger sd card and see what happens

MarsBars06 said:
you should probably get a sd card with more storage (16gb is about enough) and use that. ive never had that problem before apart from when my streetpass dlc would delete itself when connected to the internet.
try a bigger sd card and see what happens
Click to expand...

I just got everything back now! Apparently all I needed to do was move all my files from the USB drive back to the root of the sd card and delete the USB drive. Took a while for me to finally resort to doing this cause I can't find anyone that talked about a USB drive appearing in the sd card.

Thank you for your reply though! If I get a similar problem in the future I'll try doing this if I can.