*sigh* Why do you make us Alabamians look bad?
From AL.com 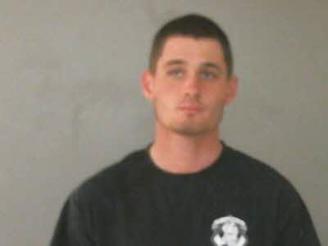 A young Blount County man was arrested late Monday afternoon on charges that he raped his sister and impregnated her.

Eric Arthur Williams, 20, is charged with first-degree rape and incest. Both are felonies.

According to an affidavit filed with the Blount County clerk's office, Williams engaged in sexual intercourse with the victim, "a female with diminished mental capacity who was also his sister." The adult victim, court records state, is not capable of consent.

The alleged crimes happened in February 2017. The victim became pregnant and, due to the "mental functioning" of the victim, she could not carry the child to term.

A DNA test on the fetus confirmed that Williams was the father. Investigators with the Blount County District Attorney's Office arrested Williams late Monday afternoon. He is being held in the Blount County Jail with bonds totaling $75,000.

Williams' wife declined to comment on the charges. Efforts to locate other family for comment weren't immediately successful.