Thanks for your reply regarding blocked updater, do you have to run it once, or every time you boot hen?

The disable updates payload does not work any more on 6.72.
When you have a kernel panic and the PS4 scans the system after the reboot it removes the dummy folders.
A couple of people on here noticed this (sorry can't recall who atm).

As long as you have Al Azif's DNS set up you are fine anyway.
Reactions: KiiWii
K

With that dns I get system update nag, until I reboot. It seems like it doesn't block enough urls.
Reactions: Leeful

Kaan_ said:
With that dns I get system update nag, until I reboot. It seems like it doesn't block enough urls.
Click to expand...

Are you doing anything special with your router, like using your own host blocking file, filters ect.

If you use you router in the default way the DNS usually works.
Maybe it is your ISP, I have heard that some ISP;s do not allow the use of any custom DNS on the network and they will override it with their own if they dectect one being used.
I might be completely wrong on that IPS statement. Can anyone confirm they have heard that too.
Reactions: KiiWii
K

I set the dns on ps4 itself, but you might be on to something with ISP. All the sony websites were blocked though, I only got update nag. Hope no log went to Sony.

Since I got my ps4 I put random local IPs to basically disable DNS, it served me well and I'll continue to do it that way from now on.
Last edited by Kaan_, Aug 9, 2020
Reactions: wolf_ and Leeful
M

Hi,
i have some question about the ps4 system properties and spoofs. First things first: i'll stay on 5.05 until 6.72 will be the new recommended fw version to be used. So i'm not in any hurry. I recently did some checks on my ps4 pro, for this upcoming 'event' and stumbled accros the system version in the system settings: 6.70. First i've been shocked, because i thought i blocked everything. Rechecking the cached X-Project Page in the browser, i see 'HEN 2.1.1 ... 6.70 PSVR spoof' and down right 'OFFICIAL FW v5.05'. So i can suppose everything is still fine? Just to be safe, i restarted my ps4pro (no, not sleep mode). After the boot up, the system properties are showing 5.05 again. Okay, may be turning on the PSVR and starting some VR title activates this spoof? Gave it a try, then opening the system properties and it shows still version 5.05. So what's exactly triggering this 'faked' system version? Or is this some unintended behaviour to worry about? Such like some 'official' Update has been downloaded in the background and its installation is just blocked by the activated update blocker? I'm really afraid of something sitting somewhere in the system, ready to remove my ... freedoms . I wan't to apologize if i'm worrying about something which is already documented. The tutorial (KiiWiis first first post in this thread) is without doubt, really good but also pretty complex .
Reactions: KiiWii

*phew* So everything like expected . Still wondering what's controlling the ps4 thinking which system version it's actually using. May be, turning on the PSVR and starting a title which requires such a spoof?
BTW: you are mentioning updating the frontpage and i stumbled across one topic because of my previous question ... may be it's just me being incapable of doing it right or understanding it, but the "PSVR Settup and Usage" Section, is somehow mysterious to me. For the Media Player option: "Media Player 3.5 VR patched no psn", whereas the second option: "Watching 3d/180/360 Videos" ... "littlestar 1.18 no psn". This still means both Apps are capable for watching VR Videos? I'm watching scuba diving records, some from storyblocks. In Media Player those videos tagged with either 180 or 360 degree are in fact played 'around' my head and i have this depth immersion. I've been reading many posts about Media Player being not 'realy VR' and littlstar 'truly VR', with 'SBS' and whatsoever. I couldn't find any plain and simple description without buzz-word-vr-science-knowledge what littlstar is doing more advanced than the media player. If someone could have the mercy explaining this in simple words, so i can imagine the difference in immersion, i would be very thankful . But well, besides that, the more important thing is, this littlstar App seems to be a mess. I managed it to accuire this app by WuEpE, but hell i couldn't figure out how to play the diving videos from my external HDD. I think some change i their service, regardless using the app by WuEpE, now prevents being able playing videos by 'sideloading'? AFAIK, because of their registration nonsense i had to temporaly unblock some hosts in my router. Sometimes it seemed this could have lead to some accidental PS4 firmware update. I think it would be rational if you could check, wether mentioning the littlstar App is still a reliable option. 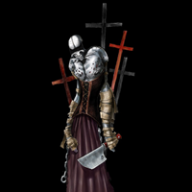 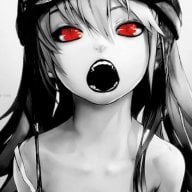 GrainofSound said:
Why isn't it recommended to upgrade to 6.72 firmware from 5.05?
Click to expand...

Because 5.05 exploit is more stable and nearly everything whats possible with 6.72 is possible with 5.05.
Last edited by Soukai, Aug 10, 2020
Reactions: KiiWii and Leeful

Hi,
Trying to catch up on everything that has happened lately. I understand updating to 6.72 is not recommended as it is not stable yet but got a couple of questions. Getting mixed info from reading threads and other sources.

cathor said:
Hi,
Trying to catch up on everything that has happened lately. I understand updating to 6.72 is not recommended as it is not stable yet but got a couple of questions. Getting mixed info from reading threads and other sources.

If you installed previous games with hen you have to use hen 6.72. Mira is not compatible with hen(don't know about the new Mira).
Reactions: cathor
G

The OP also had a quick tutorial.
Click to expand...

Hey, I managed to get it working. After a ton of tries, only to figure it out that Remote Package Installer doesn't like to install the unlocker, and I was meant to use the USB.

But only with prebuilt fpkg that I've found, the ones that I've created using the psDLC(v20) are 1MB not 128kb and I couldn't install the Themes using it.
Reactions: KiiWii

GeneX said:
Hey, I managed to get it working. After a ton of tries, only to figure it out that Remote Package Installer doesn't like to install the unlocker, and I was meant to use the USB.

But only with prebuilt fpkg that I've found, the ones that I've created using the psDLC(v20) are 1MB not 128kb and I couldn't install the Themes using it.
Click to expand...

Could it be something with my other (not to be mentioned) tools?
Reactions: medeka
F


Could it be something with my other (not to be mentioned) tools?
Click to expand...

the dragon quest theme is one unlock I made myself. it's 128KBs. 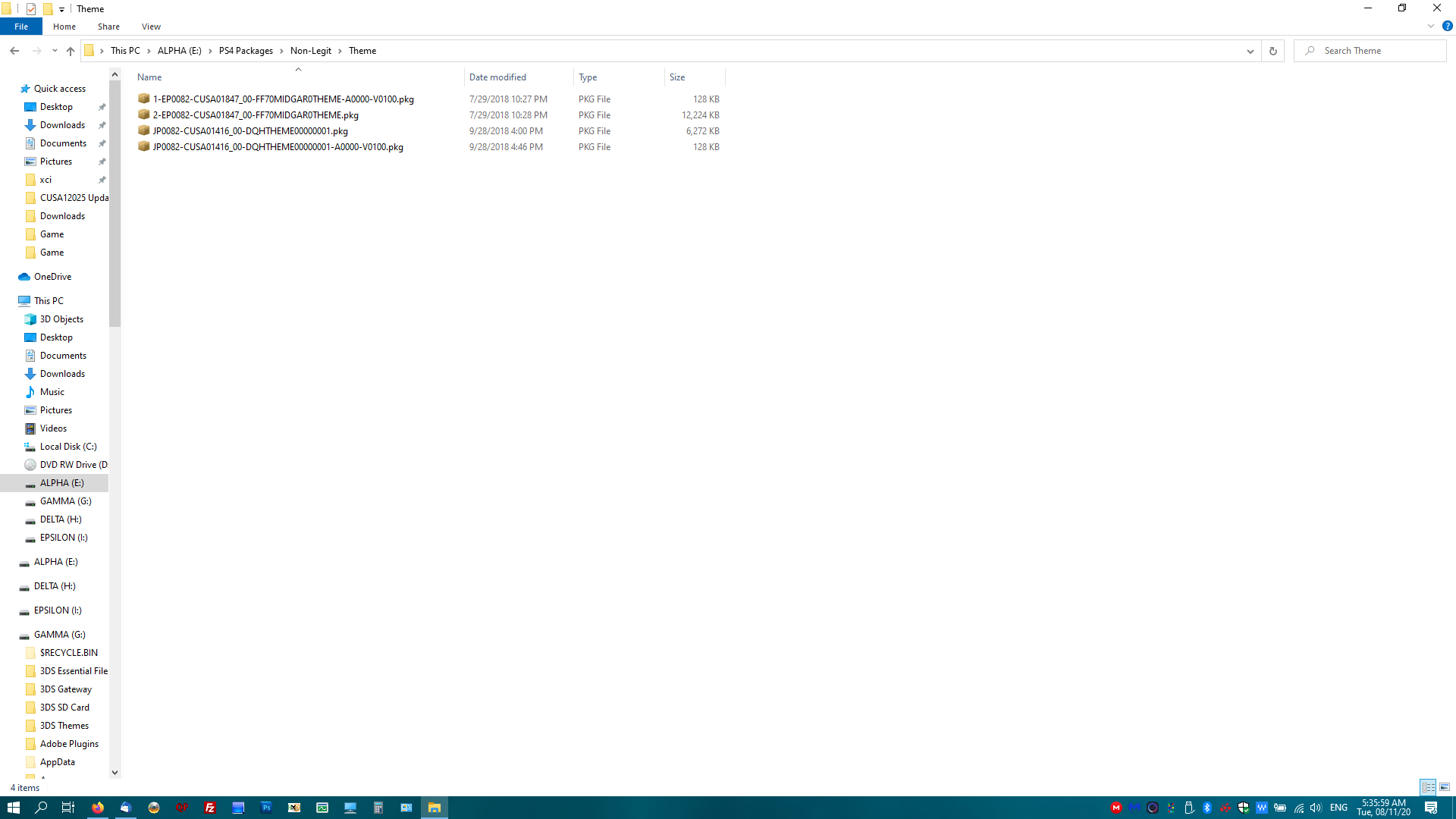 You mean when you update (ps4)6.72? I guess so, you can always update the game with a fake 6.72 update, normally this will remove the 5.05 backport

Backports cause performance issues in games

@ KennieDaMeanie: Asks a neighbor to pick me up some gaterade brings back powerade Today at 1:58 AM
Chat 0