haha yeah what the title says.
sooo i THINK im gonna get my ak2 in a few days...
considering its been 2 weeks already...(from DX, no surprise there

)
haha and i wanna "get ready" for itt
so i was wondering what i should download first and where to put them?
yeahhhh just wondering

thanks for the replies 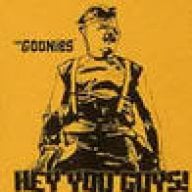 i could use a guide as well, as i am getting my AK2 in a couple days as well. I would like to know what tweaks and settings to go with (a guide). 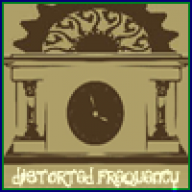 I can't really help because I don't have an Acekard 2 but...the review did have some stuff on how to use it though...maybe you can check that...
S

The firmware is the first thing you need to get. Get bliss' custom firmware for ak2.

Urza said:
Sure, I'll make one.
Click to expand...

Urza said:
Sure, I'll make one. 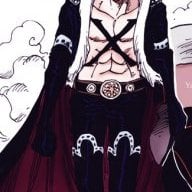 - Put your MicroSD in the USB MicroSD reader that came with your AK2
- Put MicroSD reader into USB port
-Download WinRar (google it), if you don't already have it on your computer
- DownloadBliss' custom loader, found here http://bliss.hanirc.org/ndsl/ak2/ak2_407_bliss_k09.rar
- Right click the downloaded file and click "Extract to..."
- Open the folder that was just created on your desktop
- Copy and paste all items in the folder to the root of your MicroSD card
- download roms, homebrew, music, etc
I

I may make one as soon as I receive it. I've also been thinking about making a video for complete beginners to flash carts, so look out for that if you're interested. (links to my youtube account in my signature)
Z

If you scrolled up...Mr. Abaddon has already posted the answer to your questions...I think.
Z

oh..k xD
okay noobish question
but whats moonshell for ? =|
and how do i get ds browser to work on acekard ?
B

ETA: To get the DS browser working, you need a slot2 GBA expansion cart like the EZ 3in1 or the eWin 2in1.

Moonshell is used for playing mp3/videos and reading text files. I think Acekard 2 already has those built in...I'm not sure.

I don't know about the DS browser though...you might want to look around.
Z

if i download bliss's menu
would i still need to worry about the firmware stuff... ?
S

zephyrr said:
if i download bliss's menu
would i still need to worry about the firmware stuff... ?
Click to expand...

bliss' menu is the firmware.
Z

Bri said:
ETA: To get the DS browser working, you need a slot2 GBA expansion cart like the EZ 3in1 or the eWin 2in1.

What is the difference between the two? And can they see pictures or is it just a text-only kind of browsing. I've also heard you can browse w/o a GBA expansion cart by using apps like DSorganize and bunjallo, but I couldn't get either of those to work for me. If anyone could give any pointers, it'd be much appreciated.
B

To use the Opera browser (which does full HTML rendering including pictures) you need a slot2 GBA expansion cart because Opera requires extra memory to run. Both the EZ 3in1 and eWin 2in1 are good choices, but there are some differences. I prefer the eWin 2in1 because it's simpler, cheaper, and has more memory available for the browser. Both will also allow you to play GBA games that are stored on your slot1 cart.

Even with memory expansion, you'll find that the Opera browser is quite slow if you have images turned on. You can use other browsers like the one in DSOrganize for text-only browsing (or turn off the display of images in the Opera browser).

There are other differences between the eWin 2in1 and the EZ 3in1. The EZ 3in1 has rumble built-in. If you've never used rumble, it's not really as exciting as it sounds (it eats up the battery, it's noisy, it's not particularly "rumbly," it only works with a handful of NDS games and no GBA games, and sometimes it gets "stuck" rumbling during games that don't have rumble support). Plus you can buy a better eWin rumble pack as a separate cart for around $4, so I definitely wouldn't consider the rumble as a major factor deciding between the two.

Other differences pertain more to playing GBA games. Both the EZ 3in1 and the eWin 2in1 have enough internal memory to run a single GBA game that is stored on the microSD card of the slot1 cart. The EZ 3in1 has two types of memory that can be used to run a GBA game: NOR flash memory and faster volatile memory. The NOR memory of the EZ 3in1 can be used to store a game which can then be run multiple times even after you've turned off your NDS (since it's stored in the non-volatile flash memory). But it can take a minute or two to store a game to the NOR memory because it's very slow at saving (once it's stored, the game will run fairly quickly). Since it only takes a few seconds for a GBA game to load into the faster volatile memory, I'm not really sure there's much advantage to waiting for 1 or 2 minutes to store a game to NOR memory. Unfortunately, the EZ 3in1 doesn't have enough of the faster volatile memory for larger GBA games, so you have to use the slower NOR memory for larger games.

The eWin has enough of the fast volatile memory to store the larger GBA games. Because it has no extra NOR memory, it's easier to use and it's also much cheaper.

hello, didn't want to create a new topic just for this one question. but i wanted to know how to set the brightness of the acekard 2 to maximum at default? because when i start up my ds lite, the health screen is bright but as soon as the acecard menu starts, it changes to the lowest brightness. from there i have to press the r-shoulder button to make it brighter again. quite annoying to do this everytime. cheers !

lol, should have searched those menu options more carefully.

found the option to set the brightness in the system options, sorry !!! this card seems to be too complex for me, i'm only used to the dstt

Homebrew N3DS XL dying while turned off is it CFW related or just age?

Other Platforms & Oldies Nov 15, 2021
HK-51
H
E
Homebrew Question Noob Question : Scared & Would like Someone To Hold My Hand In This Process ...