A not so remembered game that means a lot to you. 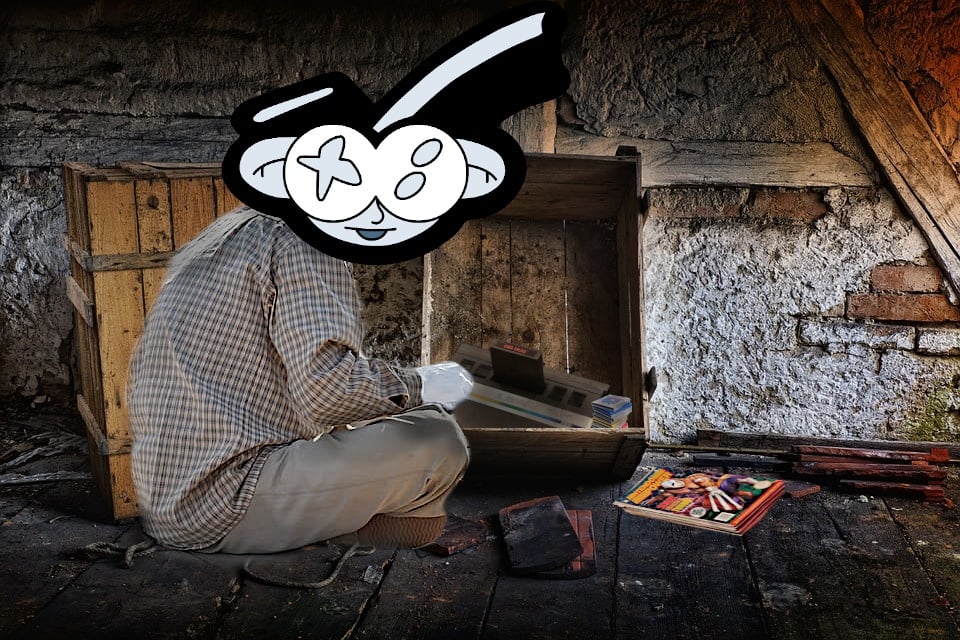 Saying you played one of the top rated or top selling games on a given system as a kid is nothing too interesting; they tended to be top rated and selling for a reason. What we are here today to discuss is those games that you played because it was, say, the only thing you had, the only thing when visiting grandparents or just something you really latched onto. On a related note then in programming it is noted everybody programs well in their first language and usually spends all their time trying to make a new one behave like that, something similar is noted in games where mechanics of their earliest titles or those they spent time with inform how they feel about things going forward (why else do you think every indie platformer a few years back was a homage to NES Super Mario Brothers? Do you not imagine almost everything will be influenced by Minecraft before long when the 12 year olds of 2010 are now getting their first jobs in the game industry?).

My fondness for Talespin on the NES has been noted a few times before on the site, however as that is a Disney property made by Capcom (who also did most Disney things on the NES and most in turn are held up as outright classics) that does not play here. On the other hand

Stealth ATF for the NES
Not my first "3d" flight sim, Elite arguably being that one, but as the NES was my first console I could exclusively monopolise (the Commodore 64 actually came after for me) and this was one of the handful of games I had for it then it has informed a lot of how I approach flight sims, also now what I recognise as an early case of GPS syndrome as I would often follow the radar more than the screen itself (though real fighter pilots do that I am told).

Turbo Racing for the NES (Al Unser Jr.'s Turbo Racing in the US is something I just learned)
What would today be considered a by the numbers racer made by those paragons of quality, that being Data East, on the NES was equally one of the few NES titles I had. Light stats upgrades (today would be dubbed RPG elements), a little balance the turbo vs straight racing mechanic, some hills in the level, memories of a sore thumb from holding A for so long on the NES pad... barring the NES bit then if you said that I would think you were describing Road Rash, which was a far more influential series for me, but Turbo Racing never the less holds a place in my gaming makeup.

Despite it being several years since playing both of those, maybe decades since I played them an awful lot, I apparently could whistle the theme tunes/in mission tunes too. Can I do that for the last few games I reviewed? No.


What then are one or two of your fondly (or perhaps not so fondly) remembered games that, even on a site like this, you would be lucky to get more than a few people say "oh I remember that"? Why did you end up with them and did they cause you to either expect things in later games or avoid such things in the future?
We are accepting stupidly rare in your region; if basketball was your thing in Europe and you owned one of the 5 imported versions of a game that today litters the shelves of second hand game shops up and down the US then we will allow it. It need not be NES or older; if you only started gaming 5 years ago with a hand me down DS then feel free to share that too.
Reactions: Deleted User, Boosh, T-hug and 18 others
Click to expand... 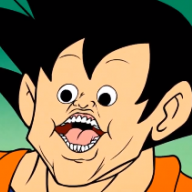 Space Station: Silicon Valley for the N64 was an amazing game with a soundtrack I find myself whistling or humming without having played it for years, definitely an underrated game imho
Reactions: nickric, orangy57, KiiWii and 3 others 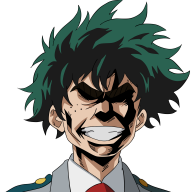 This is a gem too.
Reactions: Subtle Demise, Codemastershock, SubLoverD and 6 others

Both PC titles of course.
Reactions: Akorax and Mama Looigi 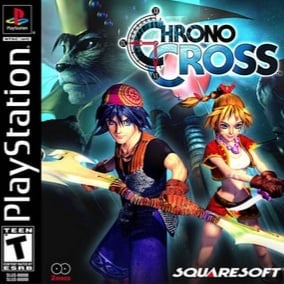 I can't fathom why anyone prefers Chrono trigger over this direct sequel, but it's a much better game and story here. And best of all, no Akira Toriyama artwork! (I'm not a fan of his inbred-looking artstyle, where everybody looks like they're from the same genepool.)

This game doesn't get the praise it deserves. The story is fantastic, the music is mind-blowingly good, the fmv sequences are well-rendered for the time, and the characters are unforgettable. A 10/10 RPG for me.
Last edited by Jayro, Feb 9, 2021
Reactions: k7ra, Subtle Demise, E1ite007 and 18 others

My first Experience with an Adventure/Text Parser and it should "influence" my "Game Taste".
Since that Time,Adventures (with Text Input/Point and Click) are my Favorite Type of Game.
I remember I looked on every System I had for Adventures (PlayStation/PSX was great too).

So this Game means a lot to me.
Thank you. 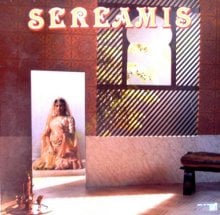 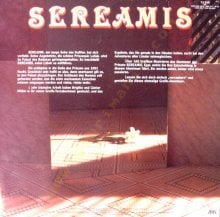 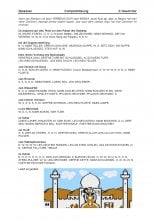 Gridder on the C64. The stupid chime before a round started is burnt into my mind, I guess in some special place. It was actually my dad's favourite game.

Then there was this vertical shooter, also in the C64, but to be honest that is a very blurry memory, it has been for a long time. I remember I loved this game, but it was lost and I never could find it again, I don't even remember the name, though I've been trying to remember for years. Some times I believe I compeletely made this game up.
Reactions: Lostbhoy, Alexander1970, Mama Looigi and 1 other person

I remember it. My friend loved it and would play it over most other things on the PS1.

I can't stand it though.
Reactions: UltraDolphinRevolution and AlexMCS
D

The PokePark series on the Wii. The games aren't that great, but exploring a 3d world with Pokemon was always fun.
Reactions: Pokemon_Tea_Sea_Jee, pedro702 and Ricken

Mmm, for years I played a lot a plane game for MS DOS 2.0 but I can't remember what it was called. It was like Wings Of Fury but older.

Anyone here remembers Magic Carpet? Is a DOS game that was kinda fun but is definitely not a well remembered game.

War Wind? That game had a sequel that killed the franchise but the first one was fun.

Sim City SNES. Great game sort of eclipsed by its sequels, but I will never forget all the time I sank into it. (And the fun disaster animations)

Harvest Moon 64. I have never met anyone outside of my family who owned this game back in the day, but I easily put in over 2k hours into it. Still the best HM in my book.
Reactions: Subtle Demise, slaphappygamer, Lostbhoy and 4 others
D

Dangerous Dave in the haunted mansion, father would ocassionally turn on the win 98 machine to see if it still worked, he (and often me) would play mostly 3 games
-Doom
-Tetris
-the previosly mentioned DDITHM
Doom and Tetris obviously are well known and among the best games of all time, but DDITHM, despite being made by ID, never had too much atention, its not a masterpiece and it can sometimes be unforgiving, only pc speaker music and EGA graphics, but its a fairly solid platformer, wish it got remade or at the very least ported to modern platforms, upside is its fairly easy to emulate, here are some videos

CHRONO CROSS
Squire Enix, please port this to new systems! It’s the best game they’ve ever made and they treat it like it doesn’t exist!
Reactions: k7ra, Jayro, osm70 and 6 others

Crystalis on the NES.
I have played this game since it came out back in the 80's and always play it till the end whenever I run across it (usually every 2 or 3 years). I first played it on the original NES hardware and have played it on PC and almost every console that has a NES emulator.
It was recently added to the NES online app on the Switch and, of course, I played it till the end on there. I highly recommend everyone to check it out as it has aged well and is good fun.
Last edited by morvoran, Oct 12, 2020
Reactions: Jayro, MayoMommy, Alato and 2 others

Lilith Valentine said:
CHRONO CROSS
Squire Enix, please port this to new systems! It’s the best game they’ve ever made and they treat it like it doesn’t exist!
Click to expand...

IMHO Chrono Cross soundtrack is the best thing Yasunori Mitsuda ever did, and he did plenty good soundtracks.

That said, there was something with chrono cross that didn't work for me, I don't remember what exactly, perhaps it was gameplay or difficulty related. I would love a remake though.

Also, talking about PS1, I think Deception 3 is not well remembered and I enjoyed that game a lot. I also enjoyed Destrega quite a bit.
Last edited by sarkwalvein, Oct 12, 2020
Reactions: Jayro

Battalion wars 2, just listen to this 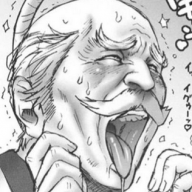 Tenchu on PS... it was quite successful but nobody ever mentions it

Welp... I was born in '93, by then, my parents had an Atari, a chinese FAMILY COMPUTER with some cartridges, and the SNES.
I remember playing Enduro, I too remember playing Mario Brothers, but that was before kindergarten.
Then I remember getting home from kindergarten and mom would let me play the SNES or the Gameboy.
So to me, both the Atari and FAMILY COMPUTER didn't made a huge impact on me.
But the SNES is different because I played that since I can remember (some weeks ago I was discussing that with mom and older siblings, and we came to the conclusion that I have memories of me being 1 year old)
So go figure how long I've been playing SNES games.

But I too have memories of me playing Rocky Rodent, Thunder Spirits, Smart Ball, Super Adventure Island, Mickey's Magical Quest, King of Dragons, Madden '95, SuperStar Soccer, and a bunch of chinese clones of japanese games.

Later in my life (probably 10 years ago) I learned that the NTSC SNES can't play out of region games.
But I remember trying many games in japanese, only to trade them/return the cartridge because "it was set in chinese" so I never knew how to play said games.

I probably missed a lot of games thanks to chinese rip-offs.

I don't know why, but Rocky Rodent and Smart Ball memories includes aromas, lighting, feelings... I still have very present those days, to the point where I can recreate some aromas in my mind (and unbelievable smell them once again as I go back in time in my memory)

I can even remember what happened the day before and after those memories...

Reboot : Game you invested a lot in