Chief Editor
GBAtemp Patron
Aug 26, 2020 at 3:23 PM
14,610 152 13
Good news, there's a Nintendo Direct that just got dropped without any fanfare! The possibly bad news is that the Direct is yet another Mini, focusing purely on third party studios. The Direct Mini is fairly short, only clocking in at 11 minutes, though we do get some new information on Kingdom Hearts: Melody of Memory, the latest Just Dance game, and Minecraft Dungeons DLC.

First shown was Kingdom Hearts: Melody of Memory, which has been revealed to have online and local multiplayer modes, where players can face off against each other. It'll be launching on November 13th.

Harmonix is back, using their Rockband developing experience to create FUSER, a game that focuses on mixing songs together to create entirely new pieces. There's a release window for this fall.

World of Tanks: Blitz is a free to play online game, coming to the Nintendo Switch. You get to control tons of tanks and fight monsters with your friends. It's currently available to play today.

Square Enix is packing together more retro games in the Collection of SaGa. It takes three Game Boy titles, Final Fantasy Legend I, II, and III, and puts them on the Nintendo Switch. You can even play it vertically with the Nintendo Switch in handheld mode.

Puyo Puyo Tetris 2 announced, adds a Skill Battle mode, in addition to all the other modes from the previous game. This game will also have a larger focus on online modes. December 8th launch.

No Bravely Default 2??! *Riots*
Reactions: moll, Ishzark, Tyvar1 and 4 others 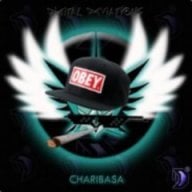 Games what no everyone asked for..... slowly my love to nintendo is dying
Last edited by Patapon3321, Aug 26, 2020
Reactions: bubolechka, stanleyopar2000 and Bladexdsl
T

I’m really excited for PuyoPuyoTetris 2, not a bad showcase for being partner stuff. I know it’s not Mario yet but hopefully that will come in the next few weeks
Reactions: Inaurata_Sharps
W

No wonder they dropped this shit silently. They were hoping noone noticed.
Reactions: bubolechka, MeAndHax, SpiffyJUNIOR and 1 other person

With the way Nintendo's been handling announcements as of late, I can't help but agree with this comment:

Ah. The final fantasy stuff interests me but the rest doesn't really appeal to me much. Not a big fan of this direct.

I can't believe it they put Sora in Smash
Reactions: skullkeeper94

*Pushes my Switch off the desk into the trash, knowing I'm not getting any of the games I've been promised years ago*
Reactions: Agusto101

You'd think they would try to release the WSC remake of Saga 1, and the DS remakes of 2 and 3. But that would require work.
Reactions: stanleyopar2000, DarthDub, UltraSUPRA and 1 other person

feel like giving up hope at this point, although I've brought it all upon myself by watching tens of rumor videos on YouTube 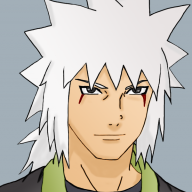 I've never seen so many rhythm games in a direct!

Hoping that's just the tip of the iceberg and that there'll be an actual direct with first party games soon.
Reactions: banjo2

No more news on shin megami tensei
And shit
We get only a music kingdom hearts game???
Lame

NoNAND said:
We get only a music kingdom hearts game???
Lame
Click to expand...

Because thats the kingdom hearts game people want on switch.

On one hand, this isn't the Direct I hoped for. On the other hand, Puyo Puyo Tetris 2. Thumbs up in the end.

"Third party" titles is a stretch.
This shit's on the verge of indie nature lol

What can I say tho, I always to be disappointed with Nintendo's shitty Directs, do at this point is just like "another bullshit Direct" to me.
Few have been the times a Direct had some game announced that I like or wanted, last one was E3 last year, and mainly due to 3rd party games, not Nintendo's.
Reactions: ChicoPancho

Jayro said:
*Pushes my Switch off the desk into the trash, knowing I'm not getting any of the games I've been promised years ago*
Click to expand...

What games were you promised?
Reactions: ImFire

Am I the only one still mad that The first puyo puyo tetris on steam still has denuvo?

What hope do I have for the sequel at this point? Guess the only hope is the switch not still costing more.
Reactions: MarkDarkness