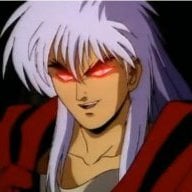 Problem: tried to install a cia game in BBM but BBM frozen when installing the cia. Because the percentage bar of instaling dont appeared I pressed the power button to shut down the system. After that the 3DS dont shown anymore the devmenu or installed cia games... plus opened the card manager in sysnand to see if the system was reading the sdcard and see the 80.000 free blocks. Anyway, can access emunand (need 4-5 tries, but it opens like always).

Question: clearly some file become corrupted... what i need to do to make devmenu/BBM and cia games to appear in the emunand again ?

this happened to me a while back and i ended up having to reformat my sd card and re install 30gb worth of cia files. what do you mean by 'run that script'?

Game carts not being read after cfw and region swap

Hacking All apps and games are gone after using TestDisk to fix corrupted SD Card. 3DS with CFW, homebrew, luma.