I installed kmeaw CFW 3.55 quite some time ago and stopped using PSN a long time ago. I'd like to play games online again, but I haven't kept up with the hacking scene or ever tried any of the techniques to get on PSN. Additionally, if possible, I'd like to fix Netflix; when launched, I'm told I have to update to version 3.56 to use the software.

I've dug through all the guides, but they don't seem up-to-date on this. What's the current state? Is there a 3.61 CFW, or a way to spoof it to get online?

Thanks for any help, and I'm sorry if it's starting me in the face and I'm overlooking the right thread. I've tried digging.

(Side-note; I am using GAIA Manager, and NES/SNES/GBA/Genesis emulators)
J

3.55 CFW cannot go on psn. I dunno about netflix since I don't use it. 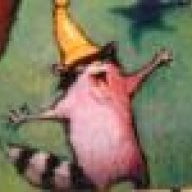 Is there something I can upgrade to that can? Or do I just have to go without?
J

Your only hope is to either wait until someone is nice enough to figure out a new psn/netflix exploit (highly unlikely), or update to ofw. You won't get banned if you update unless you were cheating online or you still have homebrew on your ps3 after the update.

Just wondering, will this work as of now?

(I got it from an ISO site, I can censor out the usernames if it's against the rules)

Attention!!
By using the this tutorial you may be putting your PS3 at risk in resulting in a Ban from PSN and Dev PSN networks. I am i no way promoting the use of piracy or the abuse of the Dev PSN. That being said.

First off there are a few things you are going to need to get your PS3 set up and running.
Rebug CFW
Modded Netflix for use with Rebug
And of coarse a Netflix account
Once you have the needed software you are going to want to install the Rebug CFW on your PS3. I will not go into that so I recommend you read the information on the Rebug site on the installation and use of Rebug CFW.
Once you have Rebug CFW installed and the Rebug Selector included in Rebug you will need to install the edited Netflix on you PS3. If you have Netflix already installed on your PS3 you must un-install it first. The modded Netflix is Netflix v2.01 with edited SFO file to v2.02 and updated icon and background and repack was done by myself. Hope you like it.
Once that is done launch Rebug Selector from the XMB. Once on the Rebug Selector screen you are going to want to press L1+O to enable Rebug mode. Then exit and your PS3 will reboot.
Now go to system settings in the XMB under Debug Settings go to NP Environment. And change the default network from NA to prod-qa or sp-int. Now restart your PS3.
Once you have rebooted, you will need to create a PSN account. Under PSN category go to Quick sign up and create a new account.
Last thing now to do is start up Netflix from The XMB and sign into Netflix.
Hope you enjoyed the tutorial.


QUOTE said:
Krak3n just a little note after signing in to netflix, they can actually sign out of dev/PSN and everything should still work great (is what I used to do when we had PSN) less time on dev/PSN the better
Thanks for the tip.

Want to say thanks to Lenskip for testing the package files for me and the use of his Netflix account. EvilSperm and CyberSkunk for their wonderful Rebug CFW, all the people at PSX-Scene and of course all the Dev's who make the PS3 scene happen.
Click to expand...

Hacking Things not working after upgrading from CFW 3.55 to 4.84

Hacking How to create new PSN account without formatting VITA?

Homebrew N3DS XL dying while turned off is it CFW related or just age?