Just to let others know, I've got #2384 - Wall-E working on the R4DS (kernel 1.18) with the ARM7.BIN swap. I had to use the arm7.bin file from the link for the Hulk patch. (http://holidaygamerz.zoomshare.com/files/MaxCrassMethod.zip)

I used DSBuff for the arm7.bin swap since it's easier, one button! (Google for DSBuff since I forgot which place I actually got it)

Now if only the R4DS people can get a kernel update so this won't have to be done on future roms...

What do you mean by working? Saving?
'Cause I played the game the night it was out without modifying anything on it

I had the 'cannot open save data' error, similar to the Hulk game, everytime the game loaded to the screen that said "touch to start". The ROM was from the release group called x e n o p h o b i a.

I new to this arm7.bin patching, pretty much learning everything this evening...... so excuse my ignorance. I was just reporting my success in hopes it could help someone else.

The easiest place to learn for me was here:http://homepages.nyu.edu/~yl589/arm7.html 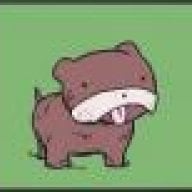 Thank you! I was wondering if it was as simple, my 4yo brother keeps asking for it, since I have it for my PSP! 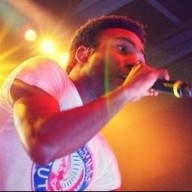 It's a Surprisingly fun game. the whole puzzle aspect is nice.
Anyone else like it or am I alone?

I haven't really started it much yet. Will it spoil the movie for me?

granville said:
I haven't really started it much yet. Will it spoil the movie for me?
Click to expand...

Not as far as I've gotten.
Which is about 5-6 missions in. (from one goal to another is 1)

It will not ruin the movie for you at all. It will follow some aspects, but it contains no dialogue or major character interaction from the movie at all, and therefore will not ruin it. At this point the movie is released though and I suggest you watch it first, it is a VERY great movie, the best one I've seen in years.

Vesper34 said:
I had the 'cannot open save data' error, similar to the Hulk game, everytime the game loaded to the screen that said "touch to start". The ROM was from the release group called x e n o p h o b i a.

I new to this arm7.bin patching, pretty much learning everything this evening...... so excuse my ignorance. I was just reporting my success in hopes it could help someone else.
Click to expand...

Oh no, don't get me wrong, I'm glad your son is playing it right now and your solution has already help other people, I was just wondering why was I able to play the rom without modifying anything. R4 FW1.18

Pyrofyr said:
It will not ruin the movie for you at all. It will follow some aspects, but it contains no dialogue or major character interaction from the movie at all, and therefore will not ruin it. At this point the movie is released though and I suggest you watch it first, it is a VERY great movie, the best one I've seen in years.
Click to expand...

Thanks for the heads up! I was holding out on playing it, but I'll go see the movie in the next few days. You don't need to tell me to see it. I love the Pixar movies!

This is the last movie made by the original Pixar group, which were a group of men who had planned out a four movies (Monsters Inc, Toy Story/2, Finding Nemo, Wall-E;sequels don't count) that were pronounced to be instant hits, they went on to make Pixar, and start the movies, the first ones being instant hits, however one of the members died due to cancer(?), and so this movie (the last of the ones to be made by them) was put off a while to 'perfect' it.

I indeed do love ALL Pixar movies as well although I've skipped a few (Cars), I know that the rest of the team is great, but these four movies made by them are obviously on the top of my list, for all movies. The only thing I'd probably compare to them that I've seen would be "The Last Samurai".

Here is a copy of a post I made on another forum.


I believe this deserved it's own thread, and I must say this:
The movie is outstanding.

I plan on watching again very soon. I've loved PIXAR mostly because of their "Greek" theatre take (Movies/productions are made to portray transformations in characters and instill virtues and morals upon the audience) as opposed to the American theatre in which we simply visit the theatre for the graphics and/or suspense.

Now first of all, if you haven't seen this movie, I suggest you go see it ASAP, download it, go to the movies, SOMETHING, it's WORTH it.

The movie is about a robot that is meant to clean up the waste that we have produced, nothing but these robots exist on earth at this point, the planet is deemed unfit for the sustenance of lifeforms, and as such all humans have left on a COMMERCIAL spaceship wherein they live for 700 years. As the movie goes on the only thing left alive are ****roaches, and the last Wall-E robot befriends one. Fastforward a bit and a robot named Eve comes in a rocket (The rockets landing are what creates those sandstorms), after the rocket drops off 'Eve' the rocket leaves back to the spaceship and will come back later to fetch them. The point of these robots are to find life on the planet, Eve befriends Wall-E eventually as he saves 'her' life (Let's assume they have gender for the sake of this) and they slowly fall in love. They find out later that the Autopilot has taken over the ship for the past 700 years and attempts to get rid of the plant (twice), however in the end after several feats and a trip to the 'robot insane asylum' they finally get everything going and get sent back to Earth. Wall-E suffers amnesia due to severe trauma and near complete replacement of his parts, during which he forgets Eve yet her 'love' recovers this as a common thing he attempts to do is hold her hand, she grabs his. After that all of these fat people (They literally had to do NOTHING there, robots did it all, they stayed in little chairs that allowed them to talk/hear, hover, they drank so they didn't have to chew...) get back to Earth and start rebuilding society.
Now, I will state that I have definitely rethought a few morals from this story, and have decided to personally instill them upon my life.

1)We are much too sedentary, and it's so bad that it may indeed effect our very evolution, as people become more sedentary and our lifestyle calls for less action we start to lose our 'strength' as we no longer need it, and it's just one more thing to feed.

2)We're creating robots to do EVERYTHING for us, and this can only lead to us being 'obsolete' as a species, and having nothing left to do but the Arts. Although that is debatable as it can be said that robots (A.L.I.C.E. is an example) can learn anything, including how to actually emulate humanity to the point of developing 'feelings'.

3)We're wasting our environment, and no it doesn't take some sort of gigantic march to save it, it takes every person doing what they can, and the same goes for world hunger. You want to solve it? Start growing your own food on your offtime, not only do you save money, but there are many organizations that get that 'old food' in supermarkets to homeless people and 'hungry' people. This ALSO leads to less room used for crops which leads to more room for people to actually comfortably live.

4)As the most intelligent life forms or at least in our own eyes, it is our duty to not only protect our planet and get rid of the waste that we create (as only we create such excess waste, other animals do not create anythnig near as much if any at all), and as such it is our responsiblity to do something with it before it becomes preposterous. We have landfills (BAD), we have garbage 'dumps' (BAD), incineration (TOXINS=BAD), composting (Good, sorta), and other such harmful to the planet things.

I'm not saying that we can't live in the lap of luxury and not create such waste, but I'm saying that we shouldn't be living so luxurious until we find a way to do it without harming these things.

5)Wildlife is important and needs to be conserved above all, in the movie nothing besides humans and ****roaches were saved. All animals from Earth are probably extinct, which reminds me of what's happening locally (for me) in the Everglades. 4 species have recently (this year) become extinct including some species of plankton. Wildlife needs a better conservatory effort, and it's everyone's, not just a single persons.

By all means if anyone else sees any other 'morals' to be gained from this story, be it virtue related or love related, feel free to contribute, or hell if you want to dispute any of my claims go for it as well, this is just the way I see it, and how I plan on going about using this to better myself.

One more interesting fact, the group that created Wall-E also created most of the famous Pixar movies, Monsters Inc, Toy Story, Nemo, etc. One man died after they created these 4 movies, so they will never have these ideas again as a group as this was the last of them, but they created all of the ideas in a short amount of time (I believe it was a week~month), one of them died of cancer, but the others are still working on other ideas I've heard.
D

Thanks! This worked for me for The Incredible Hulk and Wall-E
E

I got Wall E to work, but need to work on Hulk some more because that didn't work for me using the ARM7 swap. Really weird.

Tutorial How to use CMaps with NFlib

tempBOT: bodyXY has left the room. 1 minute ago
Chat 3