For review today is a roundup of eight gaming mice, provided by Benq’s gaming division, Zowie.

Someone Call the Exterminator! 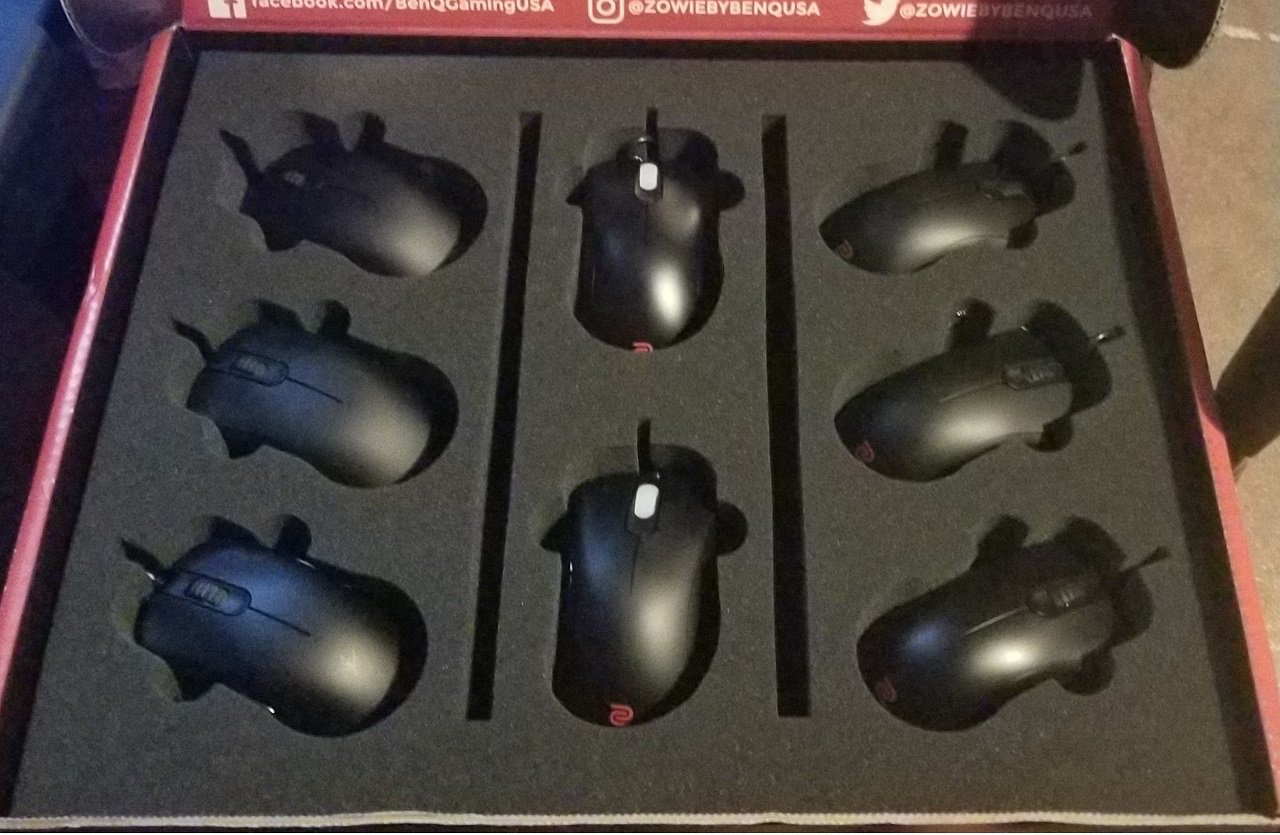 Up for review today we have a gaming mouse. Or, to be more specific, eight different gaming mice provided by Benq’s gaming division, Zowie. Each mouse has the same internal specs, including: the same sensor (PMW 3310), the same four DPI profiles, six to eight buttons, and three USB polling rates. The main difference between each mouse is their size and ergonomics, featuring two right handed mice, three low profile ambidextrous mice, and three high profile ambidextrous mice. To begin my review, I’ll start with what each mouse in Zowie’s lineup has in common, and then we’ll move on to each individual mouse’s design.

First, as noted, each mouse shares the same sensor, the PMW 3310. It's considered one of the better sensors, frequently used by professional eSports players, especially by CS:Go players, for its precision and great tracking. Next there’s the DPI profiles, with each mouse having a fairly average spread of four DPI configurations that you can swap between at the push of a button, these being 400, 800, 1600, and 3200. They also supports three USB polling rates, 125, 500, and 1000hz, which is good for those hardcore eSports gamers looking for the absolute fastest mouse response times. As noted, there are six to eight mouse buttons, depending on the model you choose; the six ambidextrous mice have eight mouse buttons, with two thumb buttons on each side of the mouse to accommodate both left and right handed users, whereas the two right handed mice only have six buttons, which is what I personally prefer. Each mouse also features a 6.6in cable, although each only uses generic, simple black cable sleeves that are prone to damage, which is a major letdown especially when you consider the price point for each mouse is around $60. But, that said, if you’re a hardcore gamer who demands eSports performance and don’t care about looks, the price point for what you get is pretty good compared to other hardcore gaming mice with the same specs.

In terms of design, Zowie has opted for a much simpler, “old fashioned” look for their peripherals. Where most modern gaming mice are filled with RGBs and have funky designs that try to look modern or futuristic, each mouse here has a simple straight black matte non-slip plastic skin and black plastic scroll wheels, except for the right handed mice which have white scroll wheels…for some reason. Now, I’m not an avid “RGB OR NOTHING” fan. To be honest, RGB is generally the last thing on the list for me to consider a peripheral, and I don’t exactly go for “looks” when I buy a mouse, but for $60 you’d think they’d go for something a bit more…special looking than plain black plastic (or an optional white version, for a couple of the models offered) and a logo. But I can definitely understand why some eSports players would want a no frills, distraction free mouse to use, so I can’t really knock the design that much. 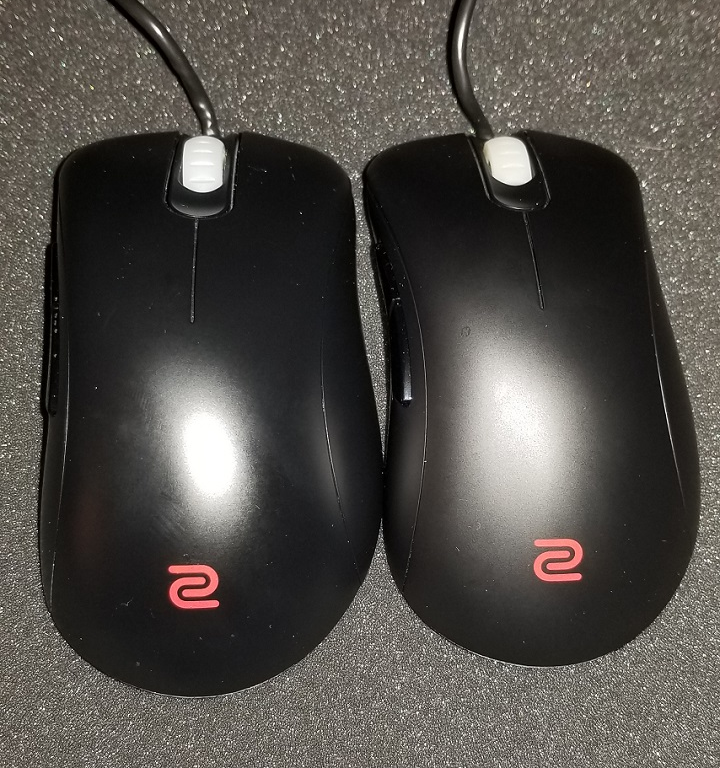 The first we’ll look at is the most different, the right handed EC series. The EC Series has a well rounded shape that’s designed to be comfortable to hold for both right handed claw grip and palm grip users, and for maximum wrist movement across your surface. This particular series has only two mouse sizes that can be purchased, the large sized EC1-A and the medium sized EC2-A. Both mice are designed to fit neatly into any right handed user’s hand, which is exactly why I personally found the EC2-A being perhaps the most comfortable mouse out of the entire bunch provided in the fitting kit. Its right handed design and usage of only six buttons instead of eight was very pleasing for my hand (for reference, I tend to use the palm grip more than anything), and the fairly rounded design feels very comfortable to hold over long periods.

Next up is the FK series, which is Zowie’s low profile ambidextrous series of mice. Three sizes were included in this kit, including the FK1+ extra large, FK1 large, and FK2 medium sized mouse. These mice are also designed for palm and claw grip users, and are ambidextrous mice that can be used in either hand. The mice in this series has a much lower arch in the design than the EC’s, with the front two buttons being much closer to the surface and with a nice, low hump for your palm to sit on. As noted previously, these mice have eight buttons with two on each side, which is something I’m not overly fond of personally. In terms of comfort, these were perhaps my least favorite, but I imagine anyone who enjoys the claw type grip for mice will be pleasantly surprised by how comfortable these are to use.

And lastly we have the ZA series of mice, which is the high profile design for ambidextrous users, with three sizes available: the ZA11 large, ZA12 medium, and ZA13 small. As an opposite to the FK, the ZA series has a much higher hump in the middle and is closer in design to the EC series, however the front end sits closers to the surface like the FKs, which makes it more ideal for palm grip users than anything and as such. It was my second favorite series of them all, with the medium particularly being quite good.

And that about sums up the EC, ZA, and FK series of mice provided by Zowie in their fitting kit. But are any of these eight mice worth the purchase? In my opinion, it just depends. Are you a hardcore gamer who needs a mouse with one of the most accurate sensors around, but without any fancy RGBs or wacky designs to distract you from your hardcore gaming? Than I probably would recommend any of the Zowie series provided to us to review. But if you’re not in that hardcore eSports niche that Zowie is targeting, or if you’re looking for both style and performance, then I would suggest you look elsewhere for a mouse for you, especially at the prices these particular mice are selling for. 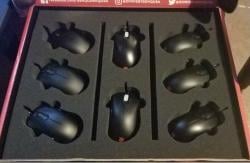